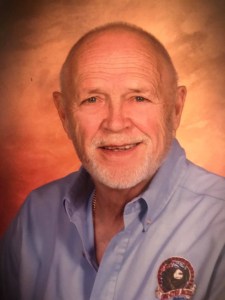 Ray (Dad) moved his family from Minnesota in the early 60’s to Newtown, CT with his wife Lois (Bussman) and his three sons Stephen, Peter and Michael. Always the entrepreneur, he started the CT Stamp and Coin Company dealing with rare numismatics and philately.

From there, Ray went into the bar business in Daytona Beach and formed Froggy’s Saloon and later built the world-famous One-Eyed Jacks Saloon in Sturgis, SD. Ray made 39 consecutive rallys in Sturgis, a rare feat by any imagination.

Ray was loved by many and his friends referred to him as their favorite!

Ray is predeceased by his parents Ray Gold Sr. and Anne Marie (Anderson) Gold, and a son Phillip.

A lay to rest service will take place in Albert Lea, MN at 11:00 AM on Wednesday, June 24, 2020 at Hillcrest Memorial Gardens, with Rev. Jan Crissinger officiating.

Ray (Dad) will be greatly missed.