When crisis workers, not traditional police, respond to calls about mental health 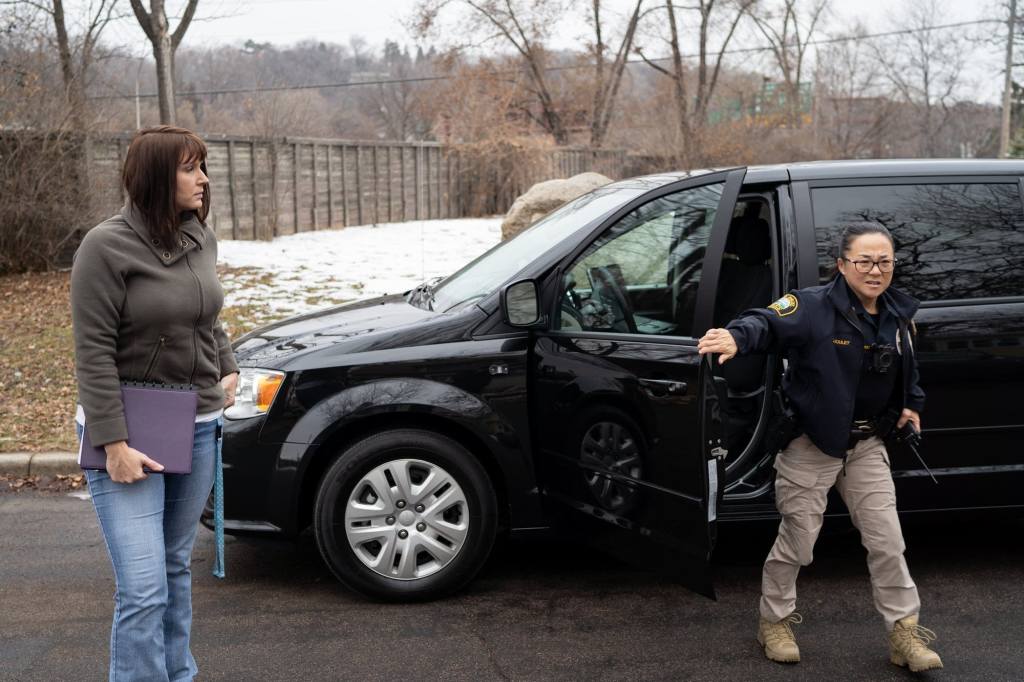 Police are often called on to respond to mental health emergencies. That could change, though, as cities across the country — including Minneapolis —consider defunding the police. What would an alternative model look like?

In some cases, the police are still the ones who respond to mental health calls, but they’re specially trained to do it. In San Antonio, Joe Smarro is a longtime member of the Police Department’s mental health unit. It’s part of a larger program in the city that includes a one-stop shop where police can bring people instead of jail or the emergency room.

A couple of years ago, I took a reporting trip to see how it all works. I went on a ride-along with Smarro, who’s since been the subject of an HBO documentary about the mental health unit.

It was a hot, sunny morning and we were driving around in Smarro’s official SUV when the call came from dispatch. There was a teenage girl with mental illness at the hospital; Smarro didn’t know her, but he knew she had a history of showing up in emergency rooms around town. When we got there, she was lying on a bed, sullen and quiet, near the nurses station. Smarro pulled up a chair and asked her, “What’s going on?” And just like that, she opened up.

In recent weeks, following the police killing of George Floyd in Minneapolis, cities have begun to consider what it would look like if police budgets were reallocated to other social services.

“Honestly, I don’t see it as police work, I see it as more of a social work,” Smarro said of his job. “I haven’t felt like a police officer in years, because again, being in plainclothes, not handcuffing people, walking them to a car and then … driving them to a hospital … nothing about that is traditional police work.”

Police have been sent to respond to mental health emergencies for decades, in part because there’s a perception that people with mental illness are dangerous, even if for the most part that perception isn’t true.

Smarro helps train other officers in dealing with people with mental illness, and sometimes those officers criticize him for not acting more like a traditional cop, he said. But he stands by his approach.

“What I know is by living proof 100 percent of calls I’ve gone on have been able to help people. And I’ve never had to be injured or injure anyone else to do it,” he said.

Other models offer ways for people other than police to respond to mental health crises. That includes a number of crisis response teams that have been set up around Minnesota and the rest of the country.

One of the longest running models is a program based in Eugene, Ore., called Cahoots.  Cahoots workers may get dispatched to a scene or people can call directly.

Cahoots teams will “respond to noncriminal calls … to provide deescalation or crisis assistance in cases where a police response may not be necessary,” said Ebony Morgan, a crisis worker with the program.

Morgan said Cahoots responded to 24,000 calls last year, which amounted to roughly 20 percent of all calls that went to the police. In less than 1 percent of those, Cahoots called the police for backup.

Morgan said Cahoots has also done its work on a budget that’s orders of magnitude smaller than the city police budget.

Some police departments and cities in Minnesota have programs that are similar to the ones in Eugene and San Antonio and could expand to include more places and more programs.

Morgan said no mental health response program can work in a vacuum, though.

“I often say that the Cahoots crisis response is only as strong as our community resources,” she said. “If we don’t have anywhere to take you, that really limits our ability.”