4 taken to the hospital after Hayward crash 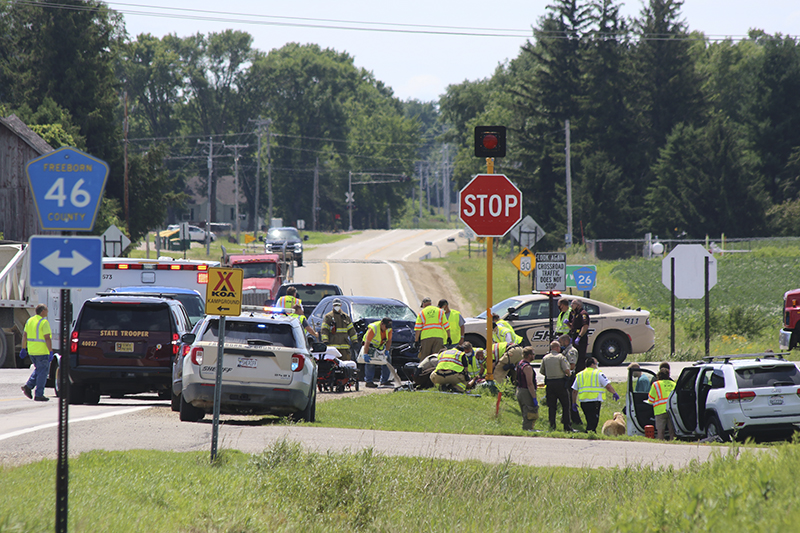 Authorities respond Thursday afternoon to a crash at the intersection of Freeborn County roads 26 and 46 in Hayward. Provided

Four people were taken to the hospital after two cars collided Thursday afternoon in Hayward.

The Sheriff’s Office stated an 11-year-old girl, who was a passenger in one of the vehicles, was flown to St. Marys Hospital in Rochester.

Nor Poe, 45, of Albert Lea; August Thaw, 32, of Lincoln, Nebraska; and an 8-year-old boy were taken by Mayo Ambulance to the Albert Lea hospital.

A fifth person, Jennifer Kuznia, 28, of Lake Orion, Michigan, was treated at the scene for minor injuries.

The Sheriff’s Office stated the crash is still under investigation with the assistance of the Minnesota State Patrol.

Also assisting at the scene were the Hayward and Albert Lea fire departments.