Florida killer pleads not guilty to husband’s slaying in Minnesota

A southern Minnesota woman convicted of killing a woman in Florida to assume her identity pleaded not guilty before a judge in her home state Tuesday in her husband’s 2018 slaying. 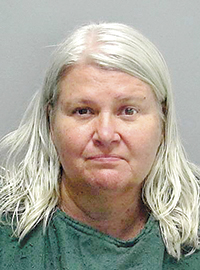 Lois Riess, 58, is charged with first- and second-degree murder in the fatal shooting of her husband David in their Blooming Prairie home in March 2018, as well as theft in the forging of $11,000 in her husband’s checks. She appeared virtually in a brief hearing before a Dodge County judge Tuesday from Steele County Detention Center in Owatonna with her attorney Lauri Traub and pleaded not guilty.

Dubbed the “fugitive grandma” after drawing nationwide attention while on the run from authorities, Riess fled to Fort Myers Beach, Florida, where she met Pamela Hutchinson, who shared a similar appearance. She later fatally shot Hutchinson and assumed her identity before going to Texas, where she was arrested a month later in South Padre Island.

Riess was convicted of first-degree murder in Hutchinson’s killing in December and received a life sentence. Extradition paperwork was filed in March to clear the way for her return to Minnesota.

No further hearings have been scheduled. Riess remains in the Steele County jail.

See what happened yesterday in the public safety report here.