‘Golf is up’ at Albert Lea courses 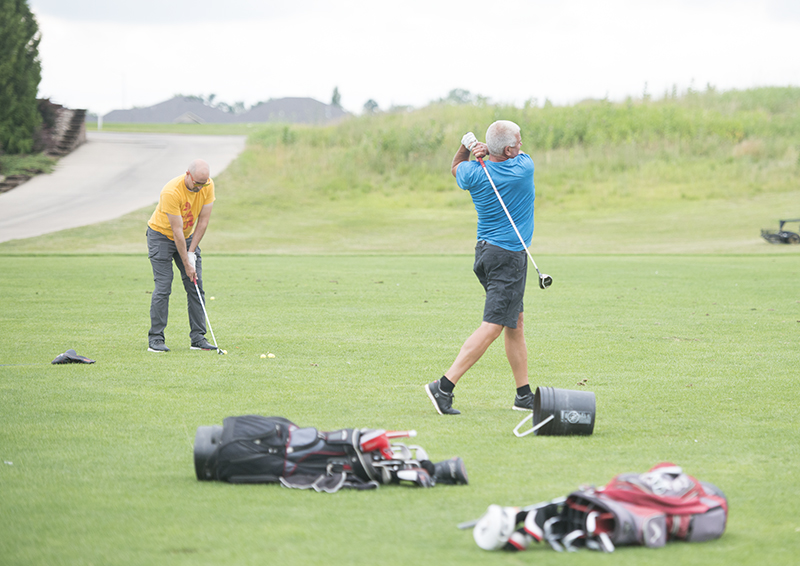 Golfers take practice reps at the driving range at Wedgewood Golf Club Tuesday afternoon. After being allowed to open to the public in late April, both Wedgewood and Green Lea Golf Courses have seen an increase in the number of golfers on the course. - Tyler Julson/Albert Lea Tribune

Golf courses see uptick in numbers during the pandemic

Gov. Tim Walz in April allowed golf courses across the state to open up to the public provided they followed a strict set of guidelines put in place to help curb the spread of COVID-19.

Despite some of the restrictions still being in place and a late start to the season, both of Albert Lea’s courses, Wedgewood Cove Golf Club and Green Lea Golf Course, have seen numbers higher than many previous years.

The rise in the number of golfers is a trend on par with many golf courses throughout Minnesota. Jeff Elseth, owner of Green Lea Golf Course, said the number of rounds this year has seen about a 25% increase compared to previous years at this point in the season.

“We haven’t seen rounds played like this in several years,” Elseth said. “With so many people unemployed and so many people working from home, it’s an activity where you can get outside and socially distance.”

Provided decent weather, Elseth said Green Lea regularly sees in excess of 100 golfers per day, and that number increases to the 140 to 150 range on the weekends. Golfers at Green Lea are encouraged to sign up for their tee time up to a week ahead of time either by calling the clubhouse or on the Chronogolf app, something Elseth said has gone over extremely well in its first year of implementation.

He said one of the downsides during the pandemic has been that many of the events and tournaments scheduled to take place at the course had to be postponed to next year or canceled altogether. However, having the course open for play on those weekends allowed the course to offset for those losses. Despite some tournaments being canceled this summer, Elseth said the long-running Shortstop Tournament is still scheduled to take place over Labor Day weekend. 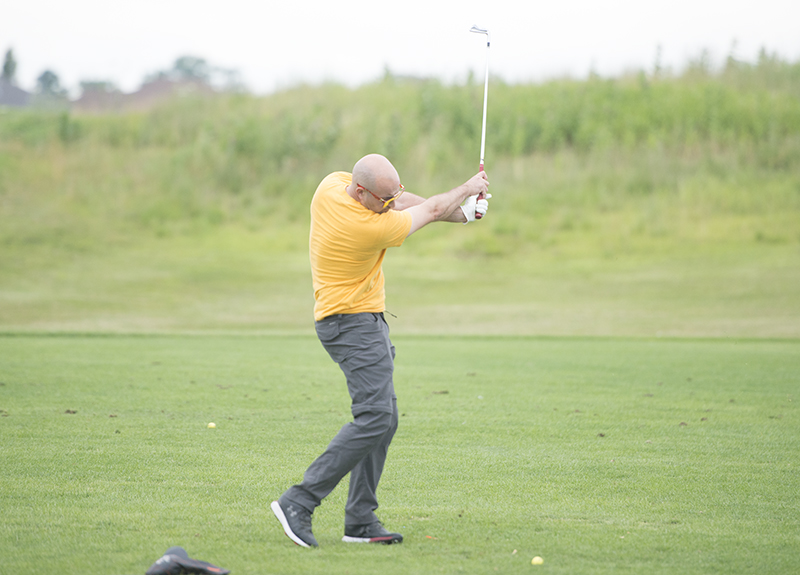 Golfers of all ages and skill levels have made their way out to area courses to either pick up the game for the first time or get back into the game after years of not playing. – Tyler Julson/Albert Lea Tribune

Wedgewood Cove Golf Club’s director of golf, Donnie Teeter, said the number of golfers has also been on an upward swing so far this season.

“The amount of golfers is up,” Teeter said. “The season pass holders, the tournaments we’ve been able to hold, the leagues are busy, everything we’re doing, if it’s a nice day it’s busy all day … There’s no question golf is up and that’s because it’s an outdoor activity people feel somewhat safe doing and there’s a lot of other things they can’t do right now.”

Both Elseth and Teeter said their respective courses are busy all throughout the day when the weather allows it. Both the local crowd as well as out-of-towners have made their way to the courses for time on the links.

Teeter said that the local presence has been stronger than ever this season, especially in the younger generation. He said a three-day camp held in various weeks throughout the summer has drawn in numerous children to the game of golf.

“It’s a fun format, and we’ve got some very good instructors,” Teeter said. “Families love to send their kids out here. What that does for the game of golf is it not only introduces kids to the game of golf, but often they start getting their parents to take them out, which helps the game as well.”

Elseth said the game is growing in the community and drawing people out that never had an interest in golf or have not played a round in years. He said people of all ages and skill levels have been coming to the course.

“We’ve seen people that we haven’t seen before, and we’ve seen people at all types of skill level,” Elseth said. “There’s people that come out here that even comment, ‘Oh gosh, I haven’t played in years.’ We’re viewing that as a positive. It’s going to get some people into the game or back into the game. They haven’t been able to do so many things for so long, now golf is a great option.”