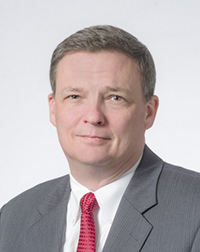 Since September 2019, the Walz administration and its Minnesota Pollution Control Agency have been moving forward with plans to adopt “Clean Cars Minnesota” via rulemaking. But there is nothing “Minnesotan” about this proposal. In fact, the rule would subject Minnesota to the whims of the California Air Resources Board (CARB), an unelected group of California bureaucrats who would determine what kinds of cars and trucks could be sold in Minnesota. And whatever regulations CARB decides, we’d have to follow, without any ability to amend or change them to fit our state. Additionally, our own Minnesota Legislature would have zero say in approving the California rule and no authority to modify it.

Why the Walz Administration is pushing so hard to allow California to dictate what kind of vehicles Minnesotans can drive makes no sense. Especially when you consider:

1) For a majority of Minnesotans, the upfront price is the most important factor when considering what vehicle to buy. California-certified vehicles will cost anywhere from $800 to $2,500 more, putting newer and cleaner cars out of reach of some Minnesotans.

2) California will decide how many electric vehicles must be offered for sale in Minnesota, limiting the availability of top-selling pickup and SUV models from showroom floors.

3) Minnesotans strongly prefer to buy trucks, with annual sales rates of over 82% versus California’s 55% purchase rate.

4) CARB’s rules are meant to address California’s worst-in-the-nation air quality. Minnesota boasts 10 of the cleanest counties for ozone air pollution; California has 18 of the dirtiest. Yet the MPCA wants us bound to California’s tailpipe emissions rules. If we’re a clean air leader, why would we subject our state to the rules of the dirtiest one?

Minnesotans are overwhelmingly opposed to this idea, too. A statewide survey shows:

• Only one out of nine Minnesotans want to bypass the Legislature and move quickly to adopt the California standards.

• Two-thirds of the respondents believe that if the state wants to promote electric vehicles, it should pursue a system of incentives, which it can control, rather than mandating supply as California tells us.

• Just 5% of Minnesotans are very likely to include electric vehicles among the choices for their next car, while California has decided dealerships must stock anywhere from 8-12% electric vehicles in the coming years.

We are grateful that Senator Sparks voted to prevent California rules from becoming Minnesota’s reality during the legislative session. Despite bipartisan support, there were not enough overall votes in the Minnesota House of Representatives to stop the MPCA from moving forward.

With motor vehicle sales down over 40% due to COVID and affordability concerns, the Walz administration’s commitment to move forward with a California policy that will increase the cost of vehicles by hundreds, and potentially thousands, of dollars is tone deaf.

Higher costs, less choice and no voice. Tell Governor Walz there’s a better way for Minnesota to go than becoming one with California.

Scott Lambert is president of the Minnesota Auto Dealers Association.