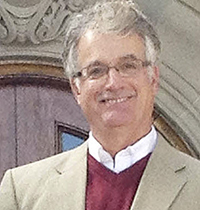 “Knowledge will forever govern ignorance and a people who mean to be their own governors must arm themselves with the power which knowledge gives.” — James Madison, “Father of the U.S. Constitution”

America is becoming more stratified. The gulf between the haves and have nots is getting wider.

We’re not talking about the growing inequity between the ultrarich in America and the rest of us, though that matters to our country’s future. Bill Gates, Jeff Bezos and Warren Buffett, the three richest men in America, have as much wealth as the bottom half of our country’s people. Three men with the wealth of the 165 million Americans. The wealthiest 10% of Americans own 75% of household assets.

The inequity that concerns us will empower those who have hoarded wealth onto themselves and rigged politics to ensure they become even more obscenely wealthy. We are talking about the creation of information elites.

We are talking about the information we need to be engaged citizens — news that lets you make decisions that affect your family’s health, the safety of your community, the quality of education in your schools and the purity of the water you drink.

News reporting in rural communities as well as the largest cities of America that informs and educates citizens is disappearing — but not completely. In many cases, it will be available to those willing and able to pay for it.

The Wall Street Journal, The Financial Times, The New York Times and The Washington Post all have paywalls. With increasing frequency, paywalls are also going up on the newspaper sites of regional daily newspapers as well as community weeklies. It’s a survival move. Since 2004, America has lost 1,800 newspapers with more than 1,700 weeklies and 60 dailies gone, a 2018 University of North Carolina study found. Those that remain are looking for ways to pay their reporters.

You say that the internet will make up for lost newspaper reporting? Not a chance. What we have discovered over the past decade of experiments with internet news sites is that most fail. They are financially tenuous, relying on donations, endowments or fundraisers to stay in business. They are also employing paywalls. Many of these websites are in very large cities, those with populations in the millions and often focus on a higher scale reader socially and economically.

We know internet websites don’t make up for the news that is lost. When a 100-reporter newsroom is wiped out, a five-reporter internet site doesn’t come close to making up for the watchdog journalism that is lost.

Some publications are introducing high-end news platforms for their readers, charging extra for those whose interests are served through knowledge that others don’t have.

“Newspapers are going to become ever more exclusive,” newspaper consultant Jerry Bellune writes. “We must court the upscale market. Upscale buyers will pay for a good product just as they will pay for other luxury items. I’m not preaching elitism. This is reality. Let’s quit trying to be all things to all people. It doesn’t work.”

If cheap, accessible newspapers with their in-depth and broad coverage disappear, where are people who can’t afford the paid content sites going to get their information?

“Those who know the power of information will pay to obtain it, and use that knowledge to influence the agenda,” John Ibbitson of the Toronto Globe and Mail writes. “Those who lack the means or interest will depend on blogs, social networking and whatever information they choose to look for online. How does democracy survive on that?”

It is ironic that with the wealth of knowledge available on the internet that the general public is becoming less informed. In many cases, it knows more about world and national news than it knows about what is going on in its backyard because of the loss of local newspapers.

Too many citizens are now left to news sources that have no interest in fairness, or accuracy. “The prospect that this ‘information age’ could be characterized by unchecked spin and propaganda, where the best-financed voice almost always wins, and cynicism, ignorance and demoralization reach pandemic levels, is real,” Robert W. McChesney and John Nichols write. “So, too, is the threat to the American experiment.”

Ignorance plays into the hands of those who control thoughts and emotions with prejudice and fear. Rather than getting the reporting that allows them to make informed decisions, people will be indoctrinated with the prejudicial news that distorts reality. When people are easily deceived, they can be motivated to act irrationally against others.

In small-town America, the information elites will be those who hold knowledge without any check on their decisions. Elected and appointed officials will be the gatekeepers deciding when, and if, citizens should be informed. This is the future unfolding in America.

Reed Anfinson is publisher/owner of the Swift County Monitor and president of the National Newspaper Association Foundation.