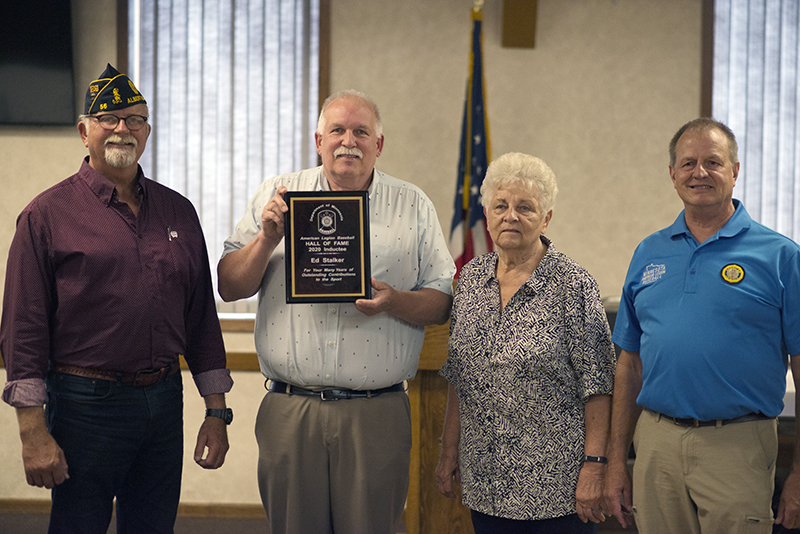 A small gathering of Stalker’s family and friends made their way to the Albert Lea American Legion for a short ceremony honoring the past coach.

A verteran of the U.S. Army, Stalker coached the Albert Lea American Legion baseball team from 1971 to 1978 and again for one season in 1984. The team won the District 1 championship in 1977 and 1978, when they also finished third and fifth respectively in the state tournaments. According to a press release, there is no record of an Albert Lea Legion team reaching the state tournament since. Albert Lea was also host to the state tournament during his one-year stint as coach in 1984. 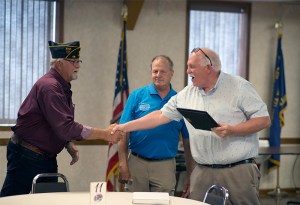 Minnesota American Legion Baseball Director Randy Schaub was present to induct Stalker in the Hall of Fame, share some personal stories he had from his time spent with Stalker and present his family with a plaque.

Stalker’s son, Mark Stalker, accepted the award on behalf of his late father. Mark Stalker talked about the hard work and sense of dedication his father instilled in his players and thanked the Albert Lea baseball community and the Legion for their support over the years.

On top of his Legion coaching accomplishments, Stalker was also the Albert Lea High School baseball coach from 1970 to 1980 and 1984 to 1989. He led the Tigers to two conference championships during his time as coach.

Stalker passed away in October 2018, just months after he was inducted into the Albert Lea High School Athletic Hall of Fame.

According to the press release, Stalker was known for his expectations: to wear a proper uniform, demonstrate good sportsmanship and show respect to the American flag.

Stalker was originally going to be inducted at the annual Minnesota American Legion Baseball banquet. However, due to the COVID-19 pandemic, the banquet was never scheduled. Instead, the 2020 award winners are being presented their awards at informal gatherings across the state.