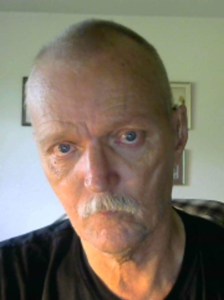 John Edgar Gentry was born on May 23, 1949 in Los Angeles, CA to parents John and Mary (Holdridge) Gentry. He grew up and attended school in Roseville, CA. John moved from California to Owatonna, MN where he began working at B&W Communication, then Owatonna Ford, and finally Power Team Manufacturing. After he retired, he moved to Albert Lea, where he would live until his passing.

John enjoyed the outdoors. You could usually find him working on cars or lawn mowers. He liked spending time with his grandchildren, as well as his dog, Baby Girl.

He is preceded in death by both parents, John and Mary Gentry; and a sister, Patti White.

At this time, no public services will be held. Bonnerup Funeral Service is assisting the family. www.bonnerupfuneralservice.com