Kenneth Duane Pederson passed away unexpectedly on Wednesday June 24, 2020. Kenneth was born in La Crosse Wisconsin on April 6, 1952 as the sixth child of nine to Arnold and Arlene (Sanden) Pederson. Ken was raised in Peterson, MN with his parents and his four brothers and four sisters. He graduated from Peterson High School in 1970. Some of his favorite stories were from playing football, basketball and running track in high school and he enjoyed telling stories of the shenanigans he and his dear high school buddies would participate in. 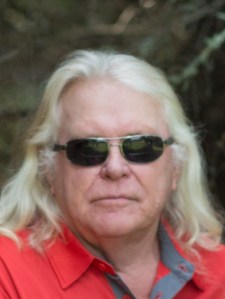 Ken married Jacalyn Sue Ruschmann on December 11, 1971 in Peterson. Ken and Jackie lived in Peterson and then moved to Hollandale, Minnesota in 1977 where they lived until moving to Albert Lea, Minnesota in 1995. In 2009 Ken and Jackie bought Grandview Resort in Kabetogama, Minnesota where their family had vacationed for many years. One of Ken’s greatest joys was owning this resort where the family had vacationed for years and running the business with his beloved son Jordan. Ken and Jackie had a home in Maplewood, Minnesota for several years, and in 2017 they bought a retirement home in Voyager Village in Danbury, Wisconsin.

Ken began working in telecommunications with his father in 1970 and continued his career with Contel, GTE and finally, Frontier Communications. Ken served as the president of his local IBEW during his service to the phone company and was a respected member of the union for his entire career. Ken made many dear friends during his time working for the phone company and enjoyed getting to know everyone in the small communities around Hollandale and Clarks Grove. His kids and most anyone who knew him will tell you that there was nothing Ken could not fix. He loved to learn, to tinker, and to solve mechanical problems.

Ken loved the game of golf, loved deer hunting and loved fishing. He was an outdoorsman to the core and spent a great deal of time camping and canoeing with family and friends.

Ken’s greatest joy in life and the light of his universe was his wife Jackie. Together they raised a family and created for their children a home filled with laughter, with love and with loyalty. They were each other’s biggest fans and each other’s very best friends. No matter what, they were united in their love for each other. There was a gentle way that Ken would listen to Jackie and his deep respect and honor of her was evident in every day they had in their 47 years of marriage. His care of Jackie when she was ill was his love shining through like none other- he was devoted to caring for her and comforting her each moment.

Ken’s youngest daughter Annika was his pride and joy from the moment she was born and he had a special nickname for her- she was his “Princess”. He was proud of the work she was doing with persons with dementia and Alzheimer’s and he loved her fiercely.

He was incredibly proud of his grandsons Ethan and Isaac. He never missed a chance to see them swim, play football, wrestle, play baseball and run track. There was a special light in his eyes when he spoke about these boys and his pride in the accomplishments they were achieving. He loved to golf with them, he loved to tell them jokes, and to teach them about fixing things and how things worked. He and Ethan shared a love of the Green Bay Packers and he and Isaac shared a love of the game of golf. He spoke daily on the phone to his daughter Lisa to hear the latest stories of the boys who he adored.

There was never a pet that Ken would say no to letting his kids have and throughout the years spent countless hours caring for them. His best canine friend arrived by the name of Rudy on his daughter Annika’s birthday and he and Rudy spent many years together. He passed on a love of animals to his children- most especially dogs- and he loved to complain about his kids coming to visit with a pack of dogs but he also loved them dearly and took special pride in their learned reverence of animals.

Ken was preceded in death by his parents, his brother Wayne Pederson, and his one true love- his wife, Jacalyn.

His family thanks their father’s incredible community from near and far for their support, their love and their help through this journey of loss. They especially thank Gregg and Denise VanderWaerdt, Robin Ayling and Tom Rieman, Dawn Friend and many special members of the golf community at Voyager Village.

Ken’s legacy was one that is built on relationships, kindness, compassion and love. His spirit will live on in all of us through these principles.

In lieu of flowers, donations can be made to the Rochester Mayo High School Football Program Touchdown Club in Ken’s name at the following link, https://www.4giving.com/donation/263F.

A celebration of life will be held at later date. Arrangements were entrusted to Swedberg-Taylor Funeral Home, Webster.