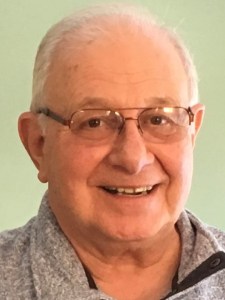 Leon Jon Steffen, 82 died with his wife at his side after a brief courageous battle with cancer on Thursday, July 9th at Thorne Crest Senior Living Community in Albert Lea where he spent the last week in hospice.

Leon was born October 23, 1937, in Cedar Falls, Iowa to Elmore and Ann (Wolf) Steffen. He joined the national guard while in high school. Leon graduated from Albert Lea High School in 1956 and enlisted in the Airforce 1956-1960 spending time in Germany being a meteorologist.

Leon was united in marriage to Laura Ann (Vorpahl) on May 20, 1961 at St. Theodore Catholic Church in Albert Lea. Leon was in the Jaycees, was a Boy Scout leader, was an active and faithful member of St. Theodore Catholic Church ushering and serving on church council. He belonged to Knights of Columbus serving in many roles including Grand Knight in 1979-1980, and Faithful Navigator of the 4th Degree.