A high-risk predatory offender was released into the Albert Lea community last week, according to Albert Lea police. 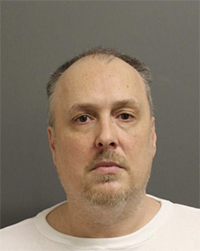 Jabar Pedro Morarend, 48, will live on the 1600 block of Frank Hall Drive.

Morarend was convicted of first-degree criminal sexual conduct in 1998 in Rice County after he reportedly engaged in sexual contact against an unknown adult female victim. He did so using force, threats and a knife to gain compliance and entered her home without permission.

Morarend is described as being 5 feet 10 inches tall with brown eyes and brown hair and weighing 245 pounds.

He has previously lived in the city, and police have stated there will not be a community meeting at this time.

Morarend is classified as Level 3 offender, an offender with the highest likelihood of reoffending.

Read the story about when Morarend was first released into the community here.

See what happened over the weekend in the public safety report here.