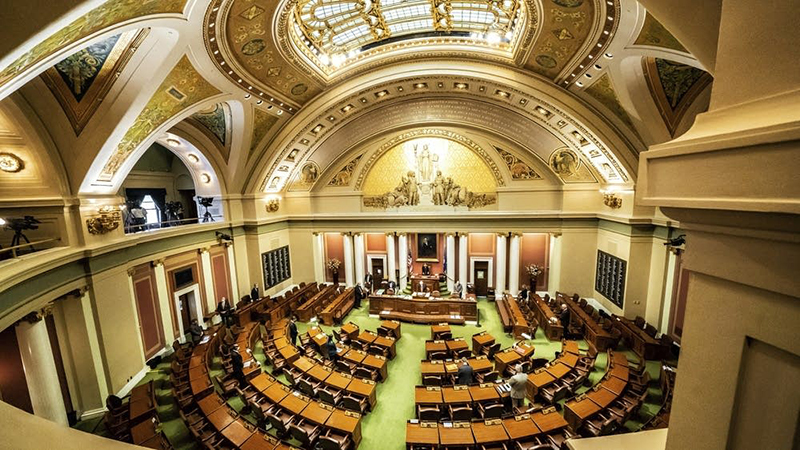 “There are many things that the governor has emergency powers over that we’re saying that must end, and we need to get back to a place where the House and Senate have equal footing with the executive branch,” the top Senate Republican said.

Democrats in the Senate opposed the resolution. Sen. Jason Isaacson, DFL-Shoreview, compared the action to end emergency powers to sticking your head in the sand.

“I can’t imagine why we would support this, when our governor is doing an excellent job in putting us in a position to survive this with a minimum amount of damage.”

House Democrats also support the governor’s position and will prevent the emergency from ending.

Earlier Monday, Walz addressed the need to continue the emergency. He told members of the state executive council that the pandemic requires rapid adjustments.

Lawmakers have other things to deal with. The list includes a $1.35 billion public works bill, tax breaks for farmers and small business owners, and the police accountability measures that dominated last month’s special session after the killing of George Floyd.

There was a big gap between the House and Senate on the police issues. But Gazelka said there has been progress.

“We are trying to move to a place that we can agree,” he said. “I laid out some principles that we don’t agree on. So, if we can keep those off the table and work on the things that we do, I expect us to get something done.”

Gazelka said Republicans firmly oppose putting the attorney general in charge of police misconduct cases. They’re willing to support a ban on chokeholds and establishing a duty to intervene for police.

DFL House Speaker Melissa Hortman, DFL-Brooklyn Park, said she is optimistic about getting an agreement.

“I don’t think that failure is an option on police reform and accountability,” she said. “When we all watched the video of George Floyd’s last minutes of life, something changed in us and in Minnesota that can’t be pout right without taking action.  We must take action.”

The duration of this special session remains unclear. Senate Republicans said their plan following the emergency power debate was to adjourn for up to a week and allow the House time to pass bills and send them their way for further action.

On the public works bonding bill, House and Senate leaders appear in agreement on the size and scope. But the $1.35 billion bill still faces a major obstacle. So far, House Republicans have held firm on their threat to withhold needed votes on bonding until the governor ends his emergency powers.

But Hortman believes sufficient votes can be found by combining bonding and tax cuts in one bill.

“By putting these two issues together, we make it possible to have both a bonding bill and a tax bill,” Hortman said, “where neither would be possible on their own.”