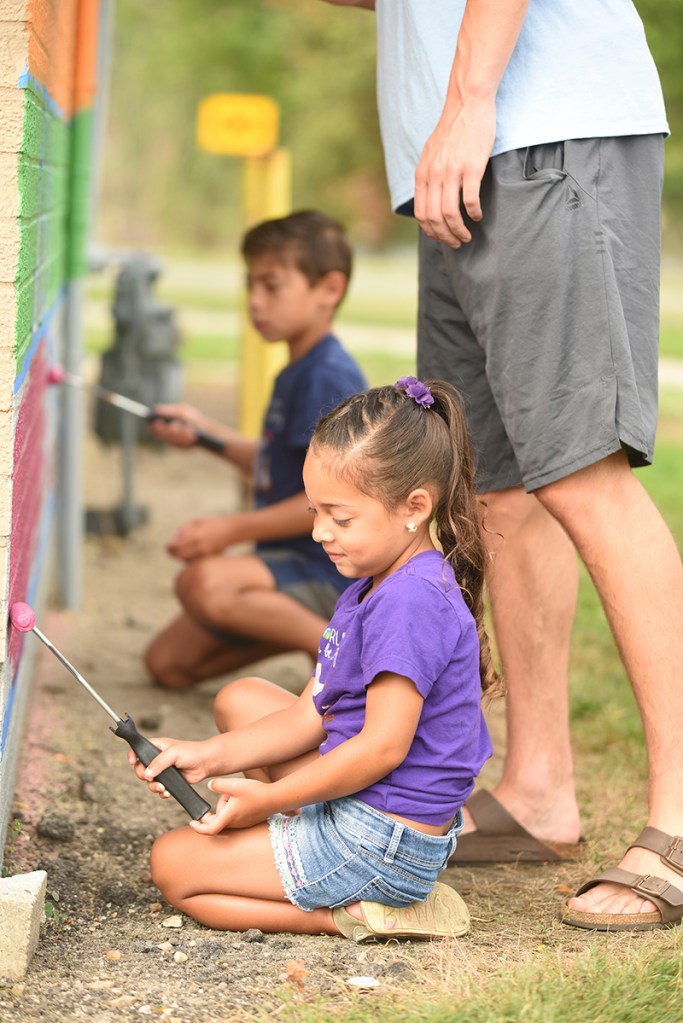 The Barr family paints part of the mural Saturday at Lakeview Park in Albert Lea. - Provided

Volunteers painted a new mural on the Lakeview Park warming house on Saturday as part of what organizers are hoping will be the first of several public art works in the community.

Holly Karsjens, executive director of the Albert Lea Convention and Visitors Bureau and leader of the Main Street program in Albert Lea, said the idea originated about two years ago when she and Shane Koepke of Grace Lutheran Church connected at Blandin Leadership training.

Karsjens said the two shared a passion for public art and knew they had to team up to bring a movement to Albert Lea.

While they are working on a few different public art projects that were actually higher on their priority list, when the COVID-19 pandemic hit, they wanted to do something with a community-building aspect and thus opted for a paint-by-numbers type project that could involve community members. 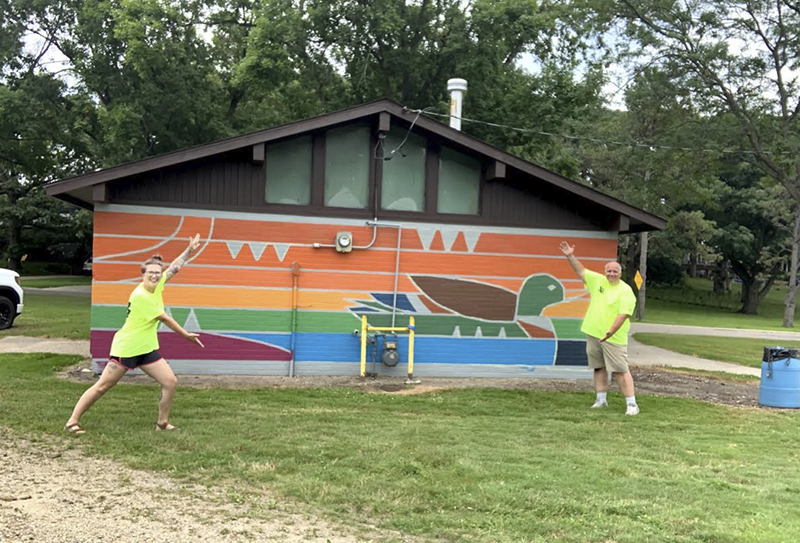 Holly Karsjens and Shane Koepke helped organize the new mural at the Lakeview Park warming house and have plans for others throughout the community. – Provided

The mural at the park’s warming house was over 25 years old.

Karsjens said other parks on the docket include other warming house murals, art installation pieces around the lake and interactive murals in the historic downtown district.

“Public art, while it be something that people will travel in to see, it is also something special for our community to be a part of, not just observe!” she said.

She and Koepke are also working closely with the group bringing the Marion Ross statue to fruition that will be completed next summer.

“Supporting projects like these help leave a bit of a legacy for years to come,” Karsjens said.

So far, they have had a great response from the community for this mural, and aside from some touchups and a few other things to add to the Lakeview mural before they seal it, they plan to have it wrapped up by the first week in August.

More about the movement can be found online at artwalkalbertlea.com or on Facebook. 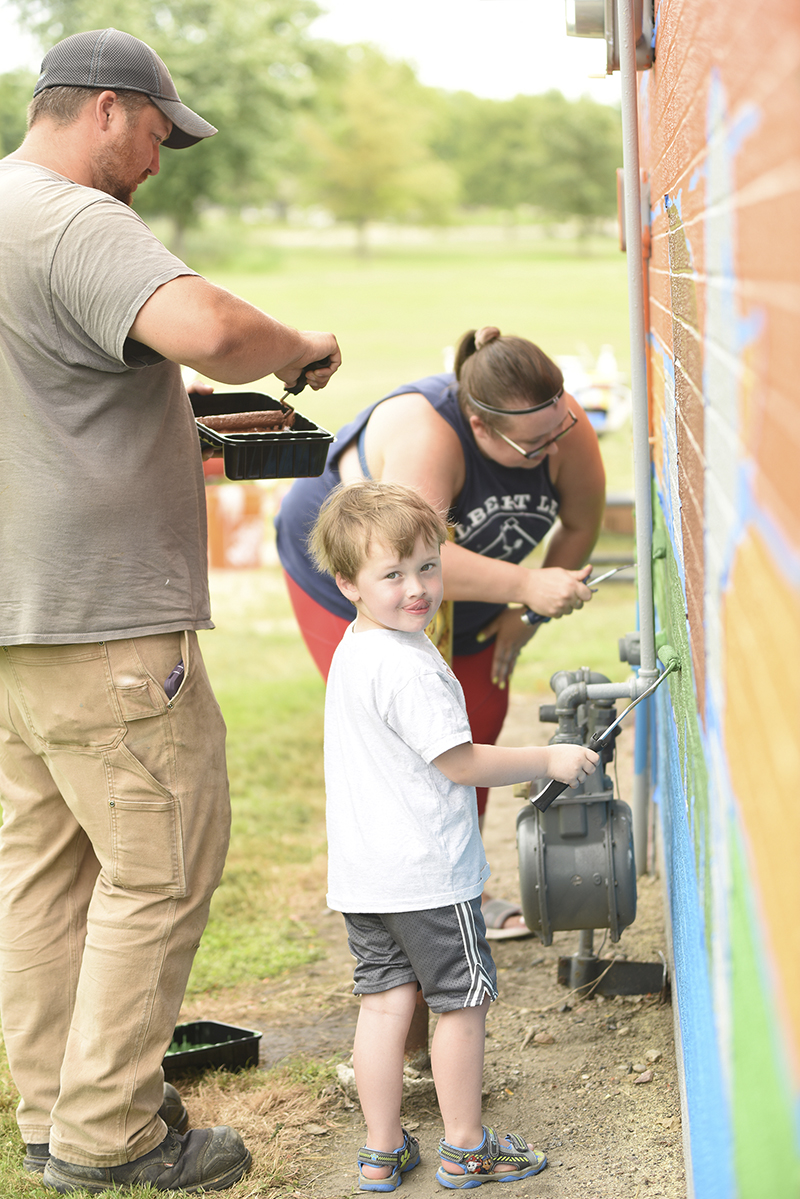