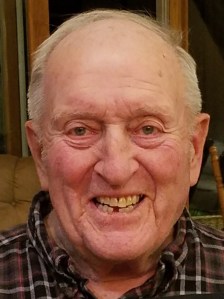 Rodney was born November 6, 1931 in Wells, Minnesota to Milo (aka. Mike) and Bertha (Leedahl) Wedin. He graduated from Wells High School. After High School he attended Minnesota State University, Mankato. As member of the US Army he served in the Korean War. On January 31, 1959 he married Marlene Olson. Rodney was a life-long farmer in the Alden area. He was a member of the United Methodist Church in Wells. He was an active member in the Wells American Legion Post where he helped prepare countless meals for the post over the years. He was involved with the American Legion baseball program for 30 plus years and now each year at the State Tournament the Sportsmanship trophy is given out in his honor.

Rodney was preceded in death by his parents Milo and Bertha Wedin.