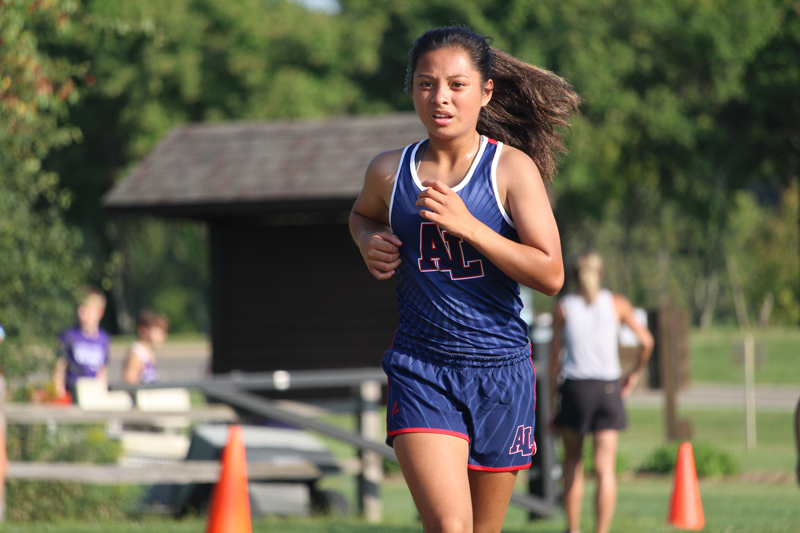 Albert Lea sophomore Jai Maligaya was the best finisher for the Tigers in the girls' race. Maligaya finished fifth overall with a time of 25:58.0. - Alissa Sauer/For the Albert Lea Tribune

With the course set up at Bancroft Bay Park, the Tigers did not disappoint against the Wingers of Red Wing, as the boys’ team won the matchup and the girls ran a strong race against the defending Big Nine Conference champions.

The first Red Wing finished in fourth place, however, Albert Lea sophomore Patrick Holcomb finished shortly behind in fifth place with a time of 21:39.9.

“The boys went out and dominated the race,” said head coach Jim Haney, “The boys spent a great deal of time this summer running and working out and it appears to have worked out as we had a strong showing. The boys will continue to improve as we get more training and have cooler weather. The coaching staff is so proud of these boys and are excited to see the improvement they will make in the coming weeks.” 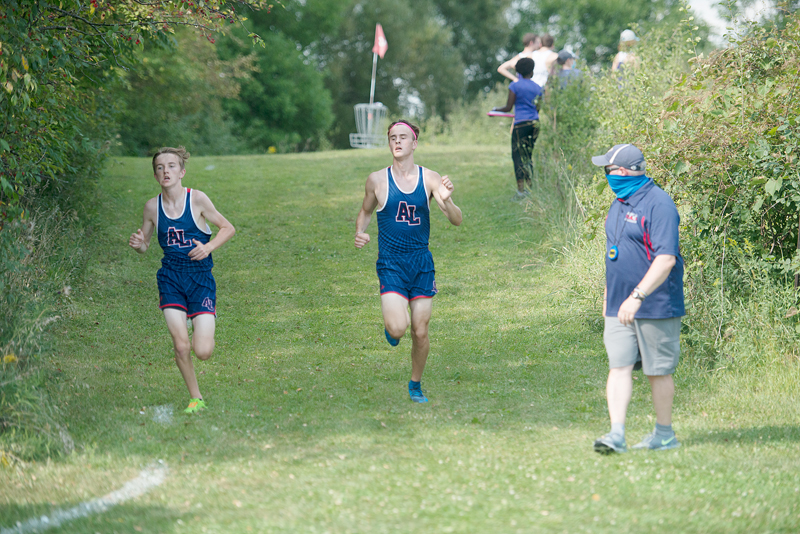 Albert Lea sophomore Gavin Hanke, left, and senior Logan Barr, center, are encouraged by head coach Jim Haney after coming around a corner at Bancroft Bay Park in Albert Lea Thursday afternoon. Hanke took first place with a time of 19:58.9 and Barr came in second with a time of 20:22.1. – Tyler Julson/Albert Lea Tribune

In the girls’ varsity race, Albert Lea had a strong showing with four runners in the top 10. Sophomore Jai Maligaya was the top finisher for the Tigers, coming in fifth place overall with a time of 25:58.0. She was followed by eighth grader Shelby Evans, who came in sixth place with a time of 27:16.7.

“The coaching staff are very happy with how the girls competed against Red Wing,” Haney said. “Red Wing has a very strong girls’ team as they were Big Nine champions last year. The girls packed up very nicely … The girls will continue to improve with more training. This is a very good girls’ team and they will be a factor in the Big Nine.”

The boys move to 1-0 and the girls move to 0-1 in competition this year. The teams will be back in action Tuesday afternoon when they travel to Austin to run against the Packers. 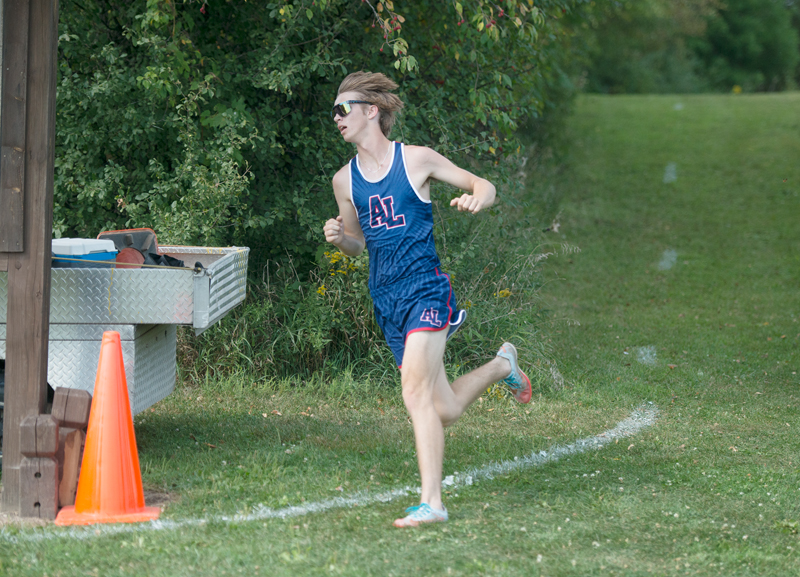 Albert Lea senior Aaron Bauers approaches the end of the first half of the run against Red Wing Thursday afternoon at Bancroft Bay Park. Bauers came in third overall with a time of 20:44.2. – Tyler Julson/Albert Lea Tribune