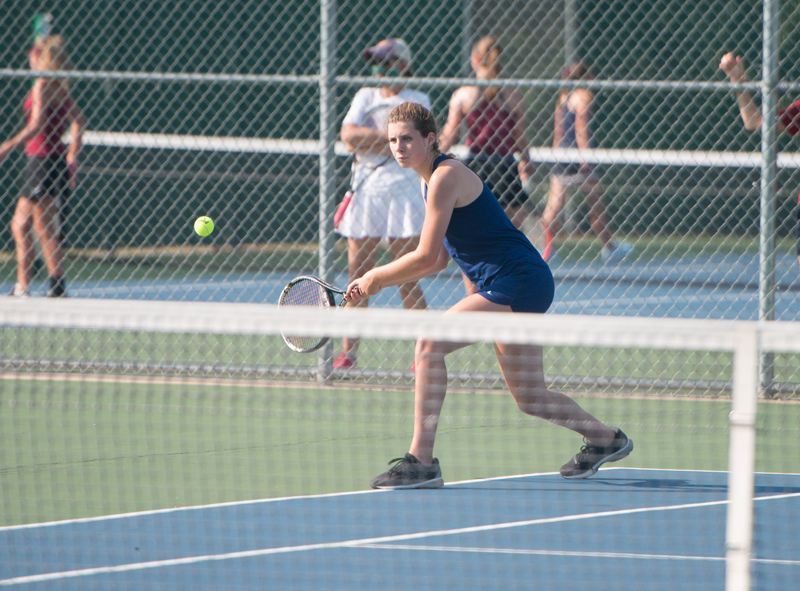 Senior Dominica Eckstrom returns a serve Thursday night against Northfield. Eckstrom was the sole Tiger to win a match against the Raiders, getting the win in two sets, 6-2, 6-3. - Tyler Julson/Albert Lea Tribune

The Albert Lea girls’ tennis team faced the tough task of taking on Northfield Thursday night in its season opener.

Despite three of the singles matches being played to a third set, the Tigers were only able to pull out one win on the night, falling to the Raiders 6-1.

Senior Dominica Eckstrom was the lone Tiger to pull out a win at the meet. At the No. 3 singles spot, Eckstrom battled her way to a 6-2, 6-3 two-set victory over Lynnette Ott. 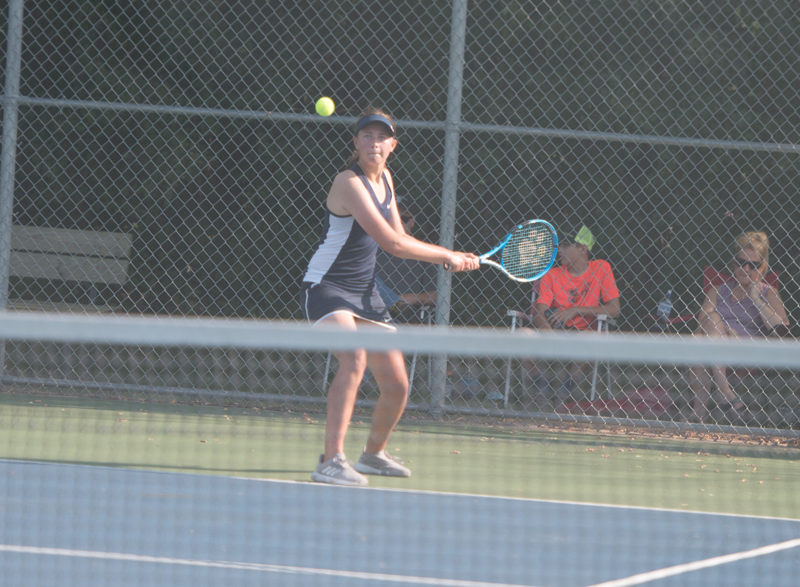 The Tigers fall to 0-1 as a team this season, pending Friday night’s matchup with Mankato East. They will be back on the court Tuesday when they travel to Winona to take one the Winhawks.