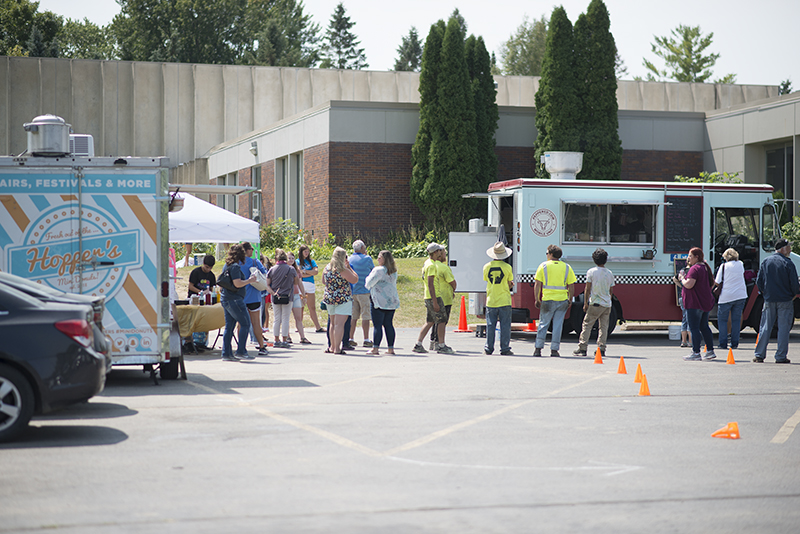 Many people showed up to the Albert Lea YMCA parking lot Friday afternoon for the final day of Fair Food Week. The event hosted by the YMCA spanned three days and brought a taste of fair food during the week that would have been the Freeborn County Fair. Tyler Julson/Albert Lea Tribune

Despite the Freeborn County Fair being canceled this year due to the COVID-19 pandemic, the Albert Lea YMCA decided to bring a little bit of the fair back by hosting Fair Food Week in the parking lot.

Running Wednesday through Friday, a host of local food trucks and snack shacks were able to make their signature foods and serve the people who were missing the tradition of fair food.

April Jeppson, executive assistant at the Albert Lea Family Y, said the idea came about a week after the Freeborn County Fair announced its cancellation.

Jeppson said she was contacted by board of directors member John Double with the idea to do something to fill the void that would be left by the fair. She started working on plans with YMCA program coordinator Whitney Sauer, contacting vendors and working to try and make the week a success. 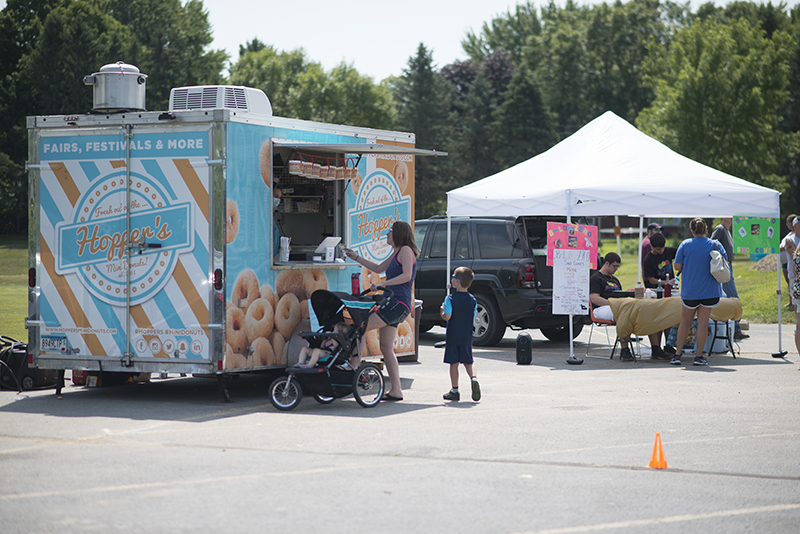 Mini donuts and sno-cones were main stays Wednesday through Friday, while Bummy’s BBQ, Nel’s Diner and Peppered Cow were each in the lot for one day. Tyler Julson/Albert Lea Tribune

Jeppson said the planning stage was difficult because they weren’t sure what the governor’s mandates would look like by the time this week rolled around. However, about a month before the starting day, Jeppson said it became clear they would be able to host the event.

“At the end of the day we wanted to make sure that there was a savory food truck each day, a different one each day,” Jeppson said. “ Then we wanted all that fun fair food, the sweet stuff. We were really happy that we were able to get the sno-cones out here and we had mini donuts. Both of those were here all week long. We had cotton candy (Wednesday), that was amazing and Kiwanis came out and popped their kettle corn all day long.”

On top of the sno-cones and mini donuts that were there all three days, Fair Food Week hosted Bummy’s BBQ on Wednesday, Nel’s Diner on Thursday and Peppered Cow Friday.

Despite only advertising the event on Facebook and occasionally on the radio, Jeppson said the event was a big success.

“When I left (Wednesday), it was close to six o’clock, our parking lot was full of cars, there were lines still long with people ready to get food. There was such a good energy, there were families out. The weather was perfect. It was about halfway through the day when I said, ‘Oh good, people really wanted this.’”

Jeppson said the YMCA has had to shift its focus based on not only the pandemic, but also the rioting that took place in Minneapolis. Then, to be able to shift gears again and to be able to help the community out with something like Fair Food Week was a rewarding experience.

“To be able to change our focus and be able to fill this need in the community, it feels great,” she said. “Helping the community in a way that they needed right now, personally it felt absolutely amazing. It feels so good to put together an event like this and see it received so well.”