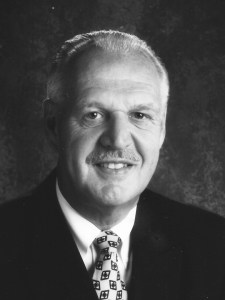 Brian’s career in education began in Adams, MN, which became the Southland school district. Besides being a physical education teacher and a business education teacher, he was a very successful boys basketball coach. He then went to Albert Lea Public Schools, where he served as a middle school counselor, high school assistant principal and activities director, and finally as the Southwest Middle School principal. Then he accepted a position as principal at Columbia Heights Middle School. Next, he served as principal at Westwood Elementary School in St. Cloud Area Schools. His last position was as a Master Coach for Math Corps, under ServeMinnesota.

Following his career path, he lived in Adams, many years in Austin, Lakeville, Plymouth, and finally upon retirement in Clear Lake, Minnesota. His last years were spent in their home overlooking Long Lake. Brian greatly enjoyed golf, life at the lake, sports, and time spent with family and friends.

Memorial service will be held at Salem Lutheran Church (90 Riverside Drive SE, St. Cloud Minnesota) at 2:00 pm on Thursday, August 27, with visitation prior to the service beginning at noon at the church. A celebration of life reception will be held beginning at 4:00 at Territory Golf Club (480-55th Ave SE St. Cloud, MN 56304). For health and safety, all are encouraged to wear masks.

Brick-Meger Funeral Home in Owatonna, Minnesota is assisting the family with arrangements. For more information or to post a message of condolence online please go to www.megercares.com.