‘Cannot wait to get started’ 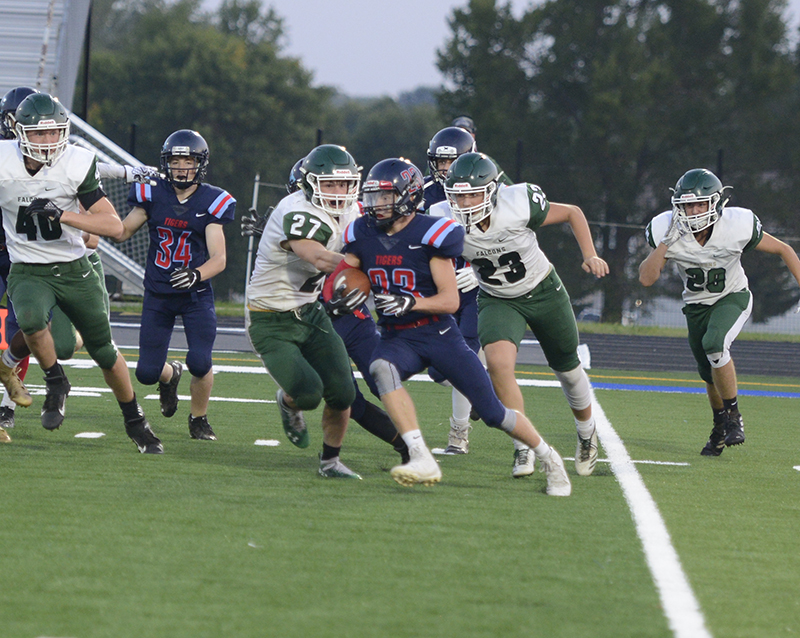 On Tuesday, the Minnesota  State High School League announced it was moving both the fall football and volleyball seasons to the spring of 2021.

Coming off one of the most anticipated years in recent memory and under the leadership of a new head coach, the Albert Lea football team was ready to hit the field for full-time practices that would have started Aug. 17.

While the postponement of the season was met with disappointment, many within the program understood that is was for the best.

“Personally, I was disappointed, more for the kids than anything,” Dunn said. “As I contemplated, I think it’s probably best and the safest alternative. I’m very thankful that the season wasn’t canceled.”

Dunn said the season will surely be different, but the change to the spring could be an exciting  new way to do things, and he welcomes that challenge.

Although the team hasn’t been able to get together for a full team meeting since the announcement, Dunn said he has talked to players in the weight room and around town to gauge their reactions.

According to Dunn, the players have been somewhat disappointed, but like him were grateful they would get to play in a season at all this year.

Throughout the later parts of summer, players have been able to meet in smaller groups. The MSHSL discussed at its recent board meeting, allowing teams to continue with those workouts and other forms of practice.

While the specifics of those practice guidelines have yet to be released, Dunn said he expects to be in line with the rest of the teams in the Big Nine Conference.

As a first-year head coach, Dunn said the postponement of the season could work out in the Tigers’ favor, allowing him to build on those new relationships for a little longer before the first game of the year. He said it would also allow him to get settled in his classroom a lot sooner without having football taking up a large portion of his time right away in the fall.

“I’ve already started building relationships, and that will continue,” Dunn said. “Having the kids back in the building, you can start building those relationships even more and talking about things that are important for us as a program.”

Dunn said he thinks going through this is going to make them stronger as a unit and he’s excited to get to work.

“I cannot wait to get started,” he said. “We have to postpone it a little bit, but it will come in due time and I can’t wait to get my feet wet in the Big Nine. The kids have been great and very hardworking. We’ll be ready to go.”