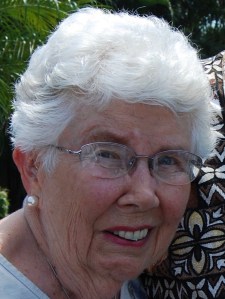 Lavon Engen passed peacefully into eternal life on August 3, 2020 at age 88. Lavon was unfailingly kind and caring. To the end she made every effort to add cheer into the day of anyone she encountered.

Lavon was born on November 5, 1931 to Lars and Lillie Grasdalen. Lavon grew up on her family’s farm in Freeborn, Co. MN, an experience she treasured. She attended Albert Lea High School, where she met her future husband Jim, graduating in 1949. After receiving a two-year education degree from Winona State, Lavon taught in a one-room schoolhouse in District 58 before attending the University of Minnesota, Twin Cities, where she earned an Education degree in 1954. Lavon married James Madson Engen on August 22, 1954. She taught 4th grade while Jim finished his degree at the “U.”

Lavon and Jim were an active, social couple with a large circle of friends wherever they went, be it their home in Minneapolis, the cabin at St. Olaf Lake or their winter home in Naples, FL. Lavon had a strong Christian faith, was active in her three churches and served as a Stephen minister. Lavon’s interests were traveling, reading, birds, music, being on the water, church, and family – especially her grandchildren and great- grandchildren.

A small family service is planned. Memorials to the Conservancy of Southwest Florida.