Michael “Mike” Earl, 79, of Clarks Grove, Minnesota passed away following health issues on Sunday, August 16, 2020, surrounded by what he cherished most in life – his family. 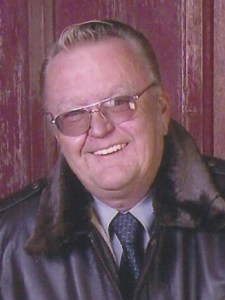 A public visitation will take place Friday, August 21 from 5:00 p.m. – 7:00 p.m. at Bonnerup Funeral Service of Albert Lea. A private funeral service will be held with burial in Maplewood Cemetery of Luverne, Minnesota. Full military honors will be accorded in recognition of Mike’s dedication and service to his country. Bonnerup Funeral Home is assisting the family with arrangements.

Mike was born October 7, 1940 to Joe and Opal (Barclay) Earl in Luverne, Minnesota. He attended and graduated from Luverne High School in 1958 and following graduation, at the age of 17, he enlisted in the United States Navy as a “kiddie sailor”. Mike honorably and unselfishly served his country with tours to Hong Kong, Hawaii, and Japan, while being stationed in San Diego.

After his honorable discharge from the military, Mike hitchhiked back to Minnesota and worked with his father in the family business and was later employed in the appliance repair department at Sears. On April 27, 1962 he married Sharon (Sherry) Bryngelson in Worthington, Minnesota and soon after they moved to Catalina Island, California. A year later they returned to Minnesota where they proudly raised their three children.

Mike dedicated his professional life to serving as a refrigeration expert and was passionate about his career — whether that be in teaching refrigeration, serving as a consultant, or operating his own business. He felt great reward in helping others and loved every day on the job! In 1969, the family moved to Clarks Grove where Mike served as one of the first instructors at the Albert Lea Vo-Tech College. Mike particularly enjoyed working with his customers and spent more than 30 years in the area while successfully running his business, “Mike’s Refrigeration”. He was dedicated to his craft and was a true jack of all trades.

He enjoyed golfing, camping, and taking Sherry for rides on his prized yellow 1976 Honda GoldWing. His mastery on the golf course was evident, and twice he drove a coveted hole-in-one. During his teen years, Mike was an accomplished competitive archer and he enjoyed racing speed boats. Mike frequently enjoyed reminiscing and sharing fond memories, such as when he and Sherry took their children on a month-long vacation out west. He was skillful in the kitchen and always brought out smiles when he whipped up a batch of his amazing Norwegian Chili – meticulously created with the secret family recipe and simmered in love. Mike selflessly served as a city council member in Clarks Grove, was a member of the Albert Lea Elks, the American Legion, and was an avid card club member.

Mike was a quiet, dedicated man who exhibited great love and devotion for his family and grandchildren. He was proud of the extensive remodeling and improvements he made to the family home over the years and enjoyed tinkering in the garage. His stories, jokes, contagious laughter, and time spent around the campfire will be deeply missed, especially when he would joyfully sing “Yankee Doodle” to the grandkids while they were riding on grandpa’s knee. And many will laugh when they remember one of his favorite jokes, one that we cannot share here… nickel, dime, quarter, buck.

Mike was preceded in death by his parents; grandson, Brett Earl and brothers-in-law, Brad and Brian Bryngelson.