Funeral services for Phyllis Cox of Albert Lea will be held at 2:00pm on Saturday, August 15, 2020 at Bonnerup Funeral Service, Albert Lea. Family and friends may join us for a visitation at the funeral home one hour prior to the service. Pastor Don Malinsky will officiate. 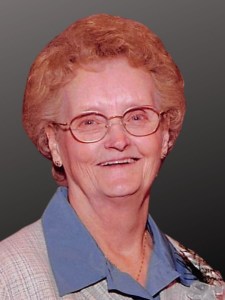 Phyllis Cox, 89, passed away Wednesday, August 12, 2020 at St. John’s Lutheran Home on Fountain Lake – The Woodlands. Phyllis was born August 21, 1930 to Henry and Pearl Appel in Austin, Minnesota. She was one of seven children and had 4 sisters and 2 brothers.

She married Lloyd Throne in 1950. They later divorced in 1969. They had five children together.

She married Clarence Cox in 1977. Phyllis worked for 28 years at Streaters and enjoyed being with family.

She was loved and will be greatly missed.