A Rochester man was charged in Freeborn County District Court on Monday with leading authorities on a high-speed chase Friday that ended in Albert Lea.

Torrance Deshante Elion, 49, was charged with fleeing a peace officer in a motor vehicle and driving after cancellation-inimical to public safety. 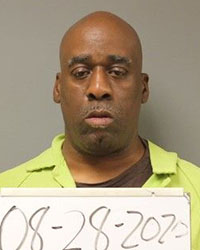 Court documents state the Minnesota State Patrol was initially in pursuit of Elion’s vehicle but had discontinued the pursuit near New Richland.

A Freeborn County Sheriff’s Office deputy who was northbound on Minnesota Highway 13 picked up the pursuit near Manchester when he saw a white four-door Chrysler operating at high speed. Court documents state the deputy picked up a speed reading of 108 mph in the posted 60 mph zone.

The deputy then reportedly activated his emergency lights and siren to the Interstate 90 underpass on Highway 13, and at one point the vehicle turned left abruptly and spun, narrowly missing the deputy’s car.

When the vehicle straightened out, it was southbound in the northbound lane of Highway 13 at one point before veering abruptly into the southbound lane. Court documents state the driver almost struck an officer who attempted to deploy stop sticks but swerved to avoid them and then continued southbound. Near the road’s intersection with Freeborn County Road 101, the vehicle missed a second set of stop sticks.

After it struck a third set of stop sticks, three of the tires on the vehicle deflated, and the vehicle eventually came to a halt in the Skyline Plaza parking lot.

The pursuit in Freeborn County lasted 6 1/2 miles and reach speeds as high as 120 mph.

In court on Monday, Freeborn County District Court Judge released Elion on his promise to make all future court appearances and a series of other conditions.

Elion is next slated to appear on the case Sept. 10.