Funeral Services for Russell “Russ” W. Miller, of Albert Lea will be held at 10:30 A.M. on Saturday, August 29, at First Lutheran Church in Albert Lea. The Reverend John Holt will officiate. Interment will be in Hillcrest Cemetery. Visitation will be from 6-8 p.m. on Friday at Bonnerup Funeral Service, Albert Lea. Russ passed away August 22, 2020 in Rochester, MN. He was 84. 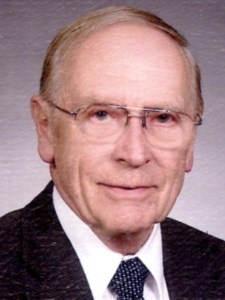 He was born on February 11, 1936 in Hampton, IA to Henry and Leilah (Harris) Miller. After high-school, he enlisted in the United States Army, and was honorably discharged after three years as a Private First Class. He married Gretchen Hagen in 1955 and to this union 6 children were born: Kevin, Scott, Gina, Bruce, Cheryl and Carrie. They were later divorced. He married Joan E. Gore on March 31, 1972 in Watertown, SD. To this union Chad and Dave were born.

Russell worked for the City of Albert Lea for 33 years as a fire fighter, retiring as Captain. He also held a variety of part-time jobs, including first responder, the Red Cross (where he taught first aid), and funeral assistant. In his downtime, he enjoyed camping anywhere/anytime and liked to get in the van and go. He was fortunate to retire at an early age giving him time and opportunity to do things he enjoyed and spend time with family.

He was preceded in death by his parents and his daughter Gina, and brothers, LeRoy and Ronald Miller.

In lieu of flowers memorials suggested to First Lutheran Church.