The show must go on 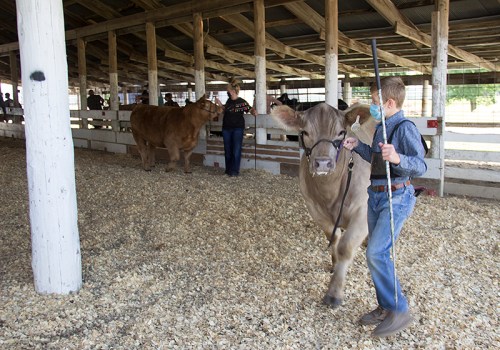 4-H'ers participate in one of the livestock shows at the Freeborn County Fairgrounds in 2020. Between the dairy and beef shows on Thursday, there were 71 youth participating. Sarah Stultz/Albert Lea Tribune 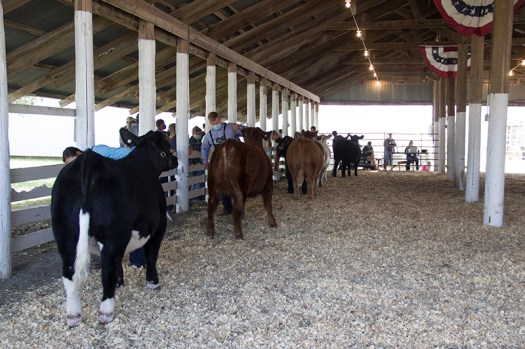 Participants in one of the 4-H shows on Thursday morning line their livestock up in the ring for judging. Sarah Stultz/Albert Lea Tribune 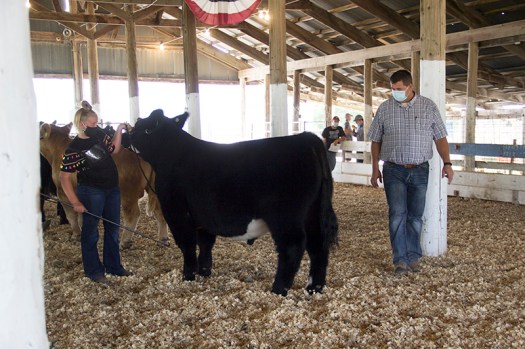 A judge walks around the animals during one of the 4-H livestock shows Thursday morning at the Freeborn County Fairgrounds. Sarah Stultz/Albert Lea Tribune 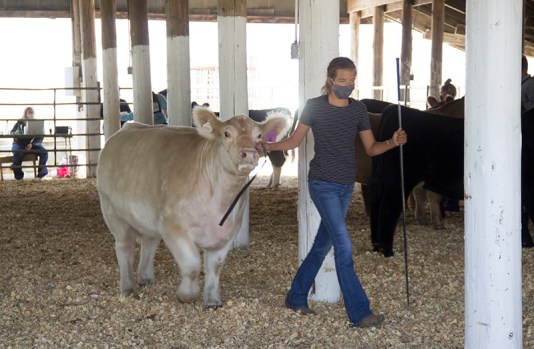 A 4-H'er participates in one of the livestock shows Thursday morning at the fairgrounds. Sarah Stultz/Albert Lea Tribune 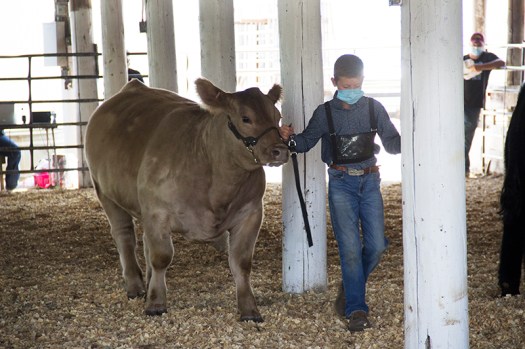 A 4-H'er walks his animal during one of the Thursday morning shows at the fairgrounds. Sarah Stultz/Albert Lea Tribune 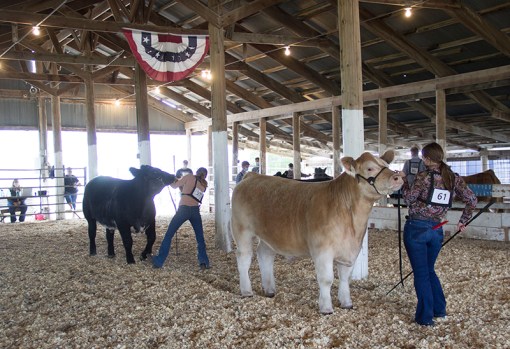 4-H'ers line up their livestock during one of the shows Thursday morning. Sarah Stultz/Albert Lea Tribune

Freeborn County 4-H’ers are descending on the county fairgrounds this week for untraditional livestock shows amid the COVID-19 pandemic.

Though the youth were not able to be at the fairgrounds around the clock with their animals as in typical years at the Freeborn County Fair, organizers implemented several safety measures to make sure the shows could go on.

“People are very grateful for this opportunity to showcase their work that they’ve worked all summer on,” said Amy Wadding, University of Minnesota Extension educator who works with 4-H youth development in the county.

Wadding said there were 71 4-H’ers participating in the dairy and beef shows on Thursday, and overall there were 556 participants for all of the livestock categories — about one-third of the participation of a typical year.

Shows started Saturday, and Wadding said one to two species have been shown per day, depending on size of the species. All of the shows were outside except for the horse show, and all participants, family members, staff and volunteers were required to wear masks.

Families were expected to bring their trailers into the fairgrounds, showcase their animals and then leave once their shows were complete.

Wadding said Thursday morning she was pleased with how the shows were going, and she was appreciative to the Freeborn County Board of Commissioners who voted to allow the fairgrounds to be used for the livestock shows, despite the fairgrounds being closed to the fair and other festivities during the summer.  She noted that families have followed the guidelines in place.

“Everyone knows what’s at stake,” she said.

Cloverbud 4-H’er Haddie Colby, 7, of the Conger club, said it was her first time showing a steer, though she showed a goat at last year’s fair.

Her mother, Leina Colby, said the animal was born in March, and in the months since her daughter has learned how to walk him, catch him and do other tasks, though she has had to have some help, simply because of his size.

She said her daughter loves being in the barn and talks about being a veterinarian someday.

Though they were worried about how their animal would act at the show because it had never seen them wear masks, she said things went smoothly — though the ring they showed him in threw him off a little.

Caleb Sorensen of the Alden 4-H Club said while the shows were different this year it has been nice for the 4-H’ers to be able to show their animals.

“I really do miss the rest of the fair, but I’m glad we got to do this part,” he said.

Sorensen has been a part of the 4-H Club for 11 years and said his favorite parts of being a part of 4-H are being with the other youth and being around the livestock. He also enjoys getting an inside look at the fair. He is the youngest of four children — all who have participated in 4-H.

He thanked everyone who put the show on with all of the changes.

Youth moving on to the state fair from the county level will showcase their livestock via a virtual platform through Walton Webcasting. Anyone who earns a blue ribbon will submit a video through the platform, which will be viewed by judges.

In addition to the 4-H livestock shows, Wadding said there were 94 submissions for 4-H general projects.