Trump’s grip on GOP is firm in once-shaky Minnesota 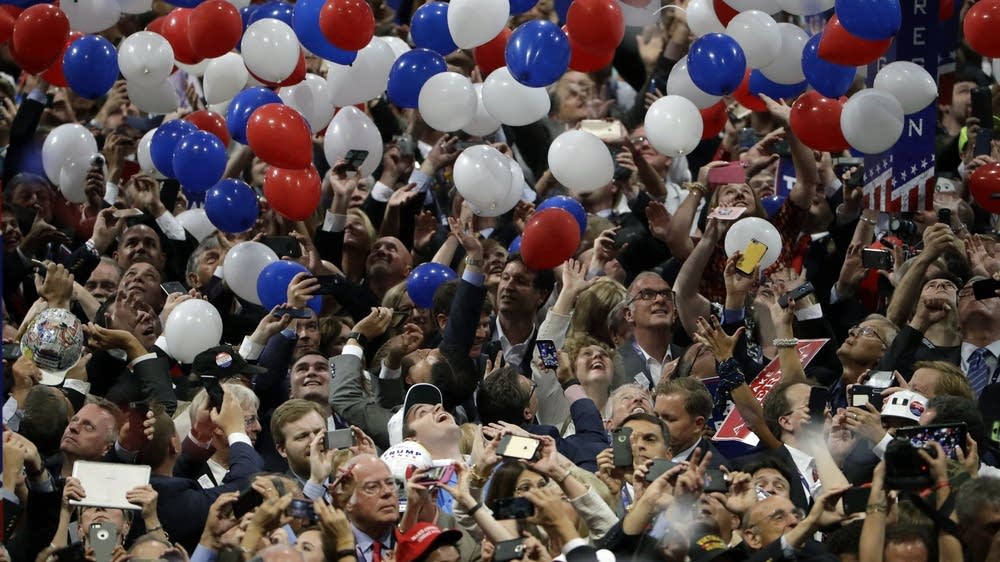 Minnesota’s delegation to the Republican National Convention four years ago wasn’t exactly a Donald Trump fan club, delivering more of its votes to rivals of the eventual nominee.

But as a largely virtual convention for the president’s party kicks off Monday, the state’s Republican ranks are pretty much closed behind the president. According to polls, Trump has consolidated party support and only deepened the connection to his political base since taking office.

Jennifer Carnahan, the current Minnesota GOP chair who was a first-time delegate to the last convention, said there are no gaps in support among the 39 delegates to the 2020 convention.

“Everybody is a strong supporter of the president,” she said. “Our priority is to deliver him another four years.”

It’s fair to say Minnesota Republicans — even Carnahan — have traveled quite a distance when it comes to Trump. Back then, Carnahan was a delegate for Florida Sen. Marco Rubio and voiced doubts about Trump’s temperament.

“I think he has a huge ego. He’s obviously self-absorbed,” she told MPR News prior to her Cleveland trip in 2016, while adding then that she had come around on his candidacy. “He’s achieved a lot of success. I think he’s smart enough to know that he doesn’t know what he doesn’t know and he’ll surround himself with people who do know how to navigate the system in Washington, D.C.”

Trump finished third in Minnesota’s caucuses in 2016, which Rubio won. In 2020, Trump had no opposition in the Minnesota presidential primary and therefore earned the full slate of supportive delegates and alternates.

Don Huizenga, a self-employed contractor and a delegate to this year’s convention, was a Trump backer from day one.

“The party worked actively against grassroots Trump supporters during 2016,” Huizenga said. “The state party adopted Trump after Trump was elected.”

Huizenga, of Anoka, was bypassed for the last convention and felt as though the state party apparatus was slow to get behind Trump even after he secured the nomination.

So Huizenga is thrilled that Trump has built up a big Minnesota campaign, with several offices, a crew of committed volunteers and loads of television advertising. The president visited last week for events in Minneapolis and Mankato, and served notice he’ll be back before November in a state that he sees a chance to flip into his column.

Minnesota delegates were preparing to bask in that attention — they’re used to being toward the back of the convention hall and parked at hotels many miles away — but won’t get to do so.

The gathering slated to take place in Charlotte, as well as a substitute convention site of Jacksonville, Fla., got mostly moved online due to the coronavirus pandemic.

“I booked flights to both,” said alternate Joseph Witthuhn.

While Witthuhn was able to get refunds for his canceled flights, he’s bummed that there will be little of the hoopla that usually accompanies national party conventions.

“It would have been a neat experience,” he said. “I totally understand given everything that’s going on that you can’t. It just probably wouldn’t have been workable.”

When it comes to Trump, Witthuhn said he believes the president’s standing in Minnesota is stronger than people think.

“There are a lot of quiet Trump supporters. They watch what’s going on and they’re not necessarily going to advertise their support for him,” he said. “I’m not going to put a Trump sign in my lawn. Not because I don’t support him but because I don’t want the attention it might bring to me.”

Only Carnahan and five others from Minnesota will travel to North Carolina — and only to conduct party business early in the week.

The Minnesota delegation does have small travel plans: Some will head to Sioux Falls, S.D. on Thursday for a joint celebration with that state’s Republicans as Trump delivers his nomination acceptance speech.

Repeat delegate Jen Niska, a college administrator from Ramsey, said she’ll miss the networking, the party-led training sessions and, of course, the traditional balloon drop. But she said there could be an upside to it all.

“There’s people that will watch the convention out of curiosity that never would have tuned in before,” Niska said. “But otherwise, the majority of the United States is very used to watching these in a virtual format.”

A lot of the convention schedule is coming together on the fly, and it’s not clear if anyone from Minnesota will be invited to speak. Trump will cap the week’s events Thursday with his speech set to happen on the White House lawn.

Carnahan said it’s a bit of a letdown that the party won’t be able to gather in an arena with cheering Trump supporters from around the country.

“One of the main reasons that I ran for a second term as chair of this party is because I wanted to be a part of the national convention that we officially nominated Trump and we gave him our full delegation’s strength.”