Ursula Hannelore Kuiters (Wandner), age 79 of Albert Lea, formerly of Trier, Germany, passed away at Oak Park Place on Monday, August 24. A Memorial Gathering will be held from 1-4 PM on Friday, August 28, 2020 at Bayview Freeborn Funeral Home. Online condolences are welcome at www.bayviewfuneral.com. 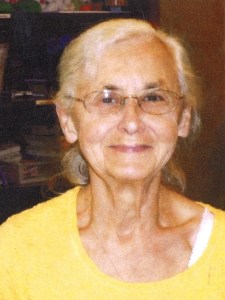 Ursula was born on August 24, 1941 in Trier, Germany to Margarete Wandner. She moved to the United States in 1959 with her husband Dave Kuiters whom she met while he was stationed in Germany at an Airforce Base. Ursula was a devoted wife, mother and grandmother. She applied for and became a United States Citizen in 1965. Ursula taught herself to read, write, and speak the English language and later received her GED. After receiving her Nursing Assistant Certificate, she began her career at Good Samaritan Society and later worked for Naeve Hospital in Albert Lea until she retired in 1993.

Ursula taught herself many skills such as sewing, knitting, baking and cooking. She loved being a mother and looking after those she loved.

Ursula was preceded in death by her grandson Matthew Reed and son-in-law Dave Egerdal.