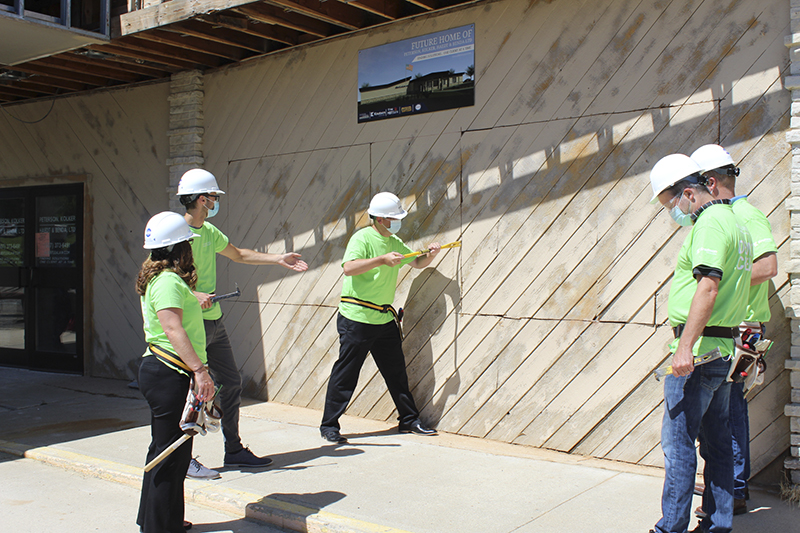 Knutson Construction recently had a virtual groundbreaking on the former Albert Lea Elks Lodge, which will be the new site of the Peterson, Kolker, Haedt & Benda law firm. - Provided

Knutson Construction recently had a virtual groundbreaking on the former Albert Lea Elks Lodge, according to a press release.

The Elks grew because it provided fine dining and entertainment in a city that didn’t have the assortment of restaurants it has now, the release stated. People had to be a member to dine, but didn’t have to be a member to play bingo, raffles, paddlewheels, pull-tabs or tip-boards; gambling did expose the lodge to many people who became members. Many Elks members in other cities compared Albert Lea’s Elks Lodge to a supper club. Though it isn’t rural, it is on the southeast edge of town and not close to most of the members’ homes. The Elks Lodge was permanently closed in 2010.

In August 2019, the property was purchased by Albert Lea Improvement LLC, an entity owned by attorneys Matt Benda, Dan Kolker, Stephanie Haedt and Eythan Frandle. After renovations, the primary tenant will be the Peterson, Kolker, Haedt & Benda law firm.

“Our law firm has been embedded in the Albert Lea community for over 97 years, and we intend to continue our long tradition of serving multiple generations of families, businesses and farm operations in southern Minnesota,” said managing attorney Matt Benda in the release. 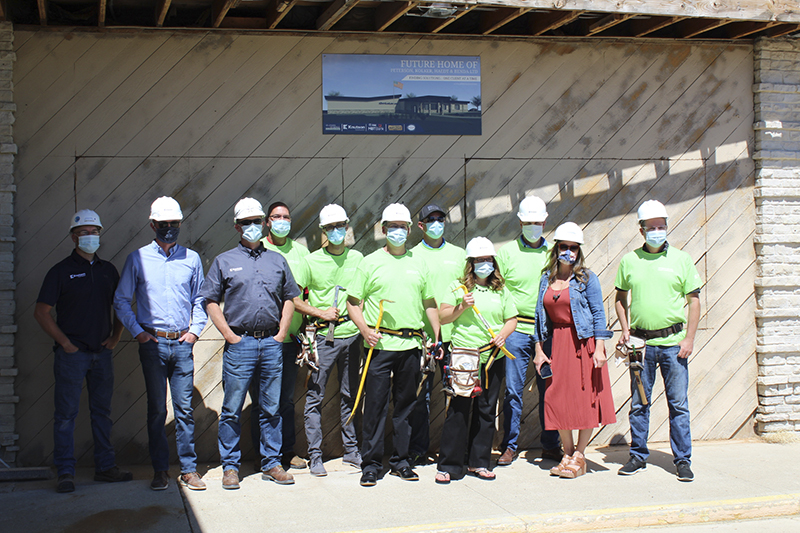 The law firm is expected to open in its new location this fall. – Provided

“The Elks location provides us with a permanent location, ample room to grow and allows us to serve our client needs,” said attorney Dan Kolker in the release. “We are excited to relocate in this part of town to join the momentum that is growing on South Broadway.”

In addition, the firm liked the accessibility the building offers for clients and the capability it has to have the office all on the same floor.

The law office will occupy the east two-thirds of the building. The goal of the renovations will be to clean and repair the exterior of the building and property. After that, they will convert the interior into office space while maintaining as much history and character as possible.

“Many of us have memories there, and we would like to keep those memories strong while simultaneously updating the atmosphere,” Benda said.

To recognize the historical significance of the building, the ownership group has asked Oleson+Hobbie Architects to provide various ways to document and share memories of the club’s history throughout the design. Knutson Construction was hired in July to manage the project utilizing local Albert Lea based contractors. Final completion for the project is scheduled for fall 2020.

“We are honored to be part of this historic renovation and repurpose project,” said Knutson Construction Project Development Director Tony Joseph in the release. “The legacy of the Elks and the commitment by Peterson, Kolker, Haedt and Benda law firm to ensure that this project provides a gateway to the new and the old is truly a remarkable story.”