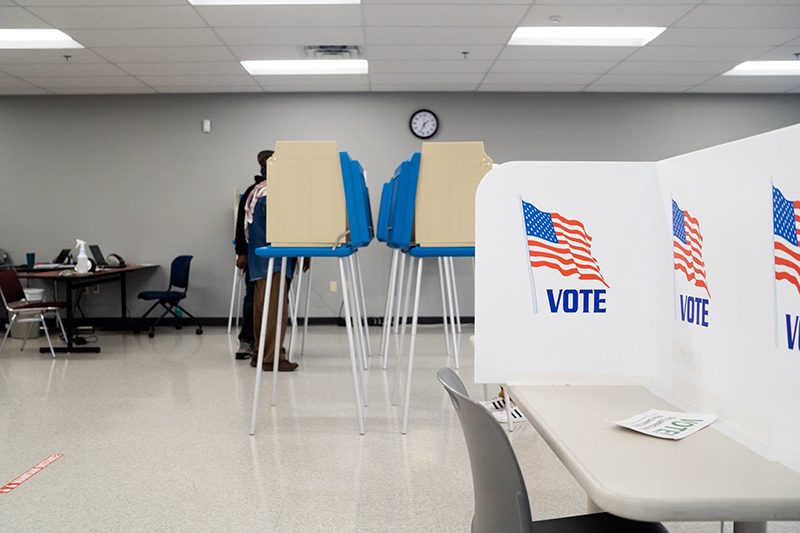 An election and another special session are on tap for this week.

Tuesday’s primary features some intense contests for party congressional nominations in the first statewide election held during the pandemic.

In the 5th District

Her international profile — she’s a trailblazing Somali refugee who rapidly ascended to high office — has made her far more visible than most first-term members of Congress. But her sometimes controversial comments have earned her detractors and an attractive target of President Donald Trump.

She has four DFL primary opponents, but only one is a real threat.

Attorney and mediator Antone Melton-Meaux, a first-time candidate has pulled in loads of campaign contributions and gone from a virtual unknown to someone Omar and her allies have had to take seriously. He’s making the case that he’s in tune with the incumbent on many issues but wouldn’t be prone to what he and his supporters see as personal distractions.

Accusations about ethics lapses have flown back and forth. Lots of ballots in the district are already in.

Omar has some history on her side. According to the SmartPolitics blog at the University of Minnesota, only one sitting member of Congress has been beaten in a primary in Minnesota since 1944, and that was a Republican running after districts were redrawn in the 1960s.

It’s the most Democratic district in the state and one of the most reliable for the party in the country. The winner will be the strong favorite to prevail in November.

But Republicans haven’t rolled over. Their endorsed candidate, businessman Lacy Johnson, has raised millions of dollars to wage a credible campaign. He has two primary rivals, Dalia Al-Agidi and Danielle Stella.

In the 7th District

In western Minnesota, Republicans have had a real battle for the 7th Congressional District nomination.

The victor will take on 15-term DFL Rep. Collin Peterson. Republicans are high on the race because it’s the most pro-Trump district in the country still held by a Democrat.

Michelle Fischbach, a former lieutenant governor and state senator, won the party endorsement this spring. She’s viewed as a top recruit nationally and has Trump’s backing. But by no means is she coasting.

David Hughes, the nominee the past two times against Peterson, is running again and casting himself as the true conservative. Another Republican, physician Noel Collis, said he’s running a Trump-style campaign and has the deepest ties to the district.

Two other Republicans are also on the ballot, too.

Peterson has two DFL challengers, but that primary race has been quieter.

No matter what, this district will be heavily contested come November.

Some DFL legislative incumbents are on the ropes.

Omar Fateh was endorsed over Hayden and is presenting himself as a candidate of change and the more progressive voice.

Dehn’s rival, attorney Esther Agbaje, has also talked about change and a need for a fresh face to push for that. She was endorsed this spring.

In Duluth, attorney Jen McEwen won the backing of local party activists over Sen. Erik Simonson, who has the support of many unions and Gov. Tim Walz. There are some differences over their environmental stances.

Senate Minority Leader Susan Kent has a primary challenge in her Woodbury district from first-time candidate Marquita Stephens. If Kent goes down, it’d be a real upset.

Among the Republicans, the primaries pose less of a threat to Republicans.

Senate Majority Leader Paul Gazelka of East Gull Lake and House Minority Leader Kurt Daudt of Zimmerman both have primaries, but both are seemingly in good shape.

A Shakopee race will determine if past incumbent Bob Loonan gets to try to win back the seat for his party after DFLer Brad Tabke won it two years ago.

There’s also a fierce race in the Chaska/Chanhassen area for an open Senate seat between Julia Coleman, a City Council member, and Tom Funk, who is mayor of Victoria.

Meanwhile, current members of the Legislature are planning for another special session.

The one that begins at noon on Wednesday is expected to be briefer than the special sessions in June and July.

It’s required because Walz will extend his peacetime powers related to COVID-19. He’s compelled to give the Legislature a chance to reverse him, which is doubtful.

No measures of magnitude are expected to pass, in part because the state is selling bonds this week and so anything with a fiscal impact is essentially frozen in place.

It’s only the fourth time there have been three special sessions in a single year, but more could be on tap in the months ahead.