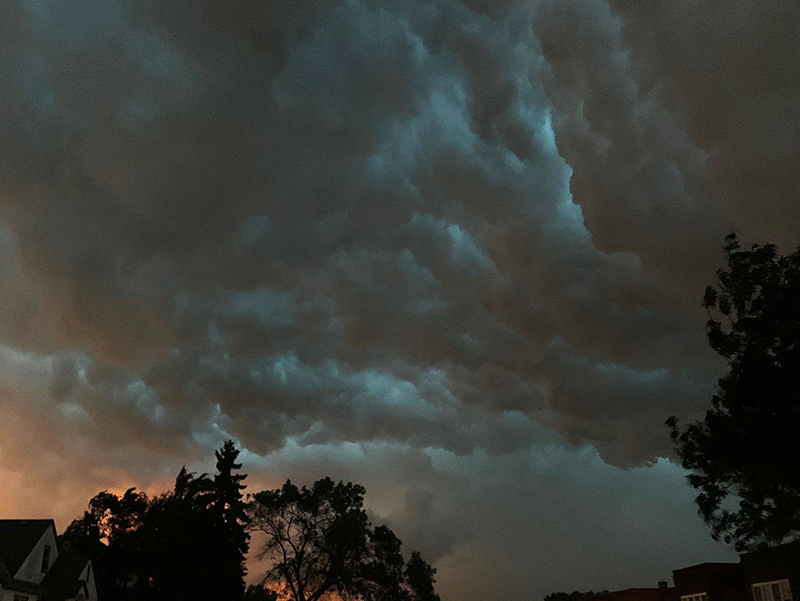 The National Weather Service has confirmed at least six tornadoes from Friday’s severe storms that swept across Minnesota.

That’s as crews continued working Sunday to restore power to more than 2,000 homes and businesses in the Twin Cities.

There were no reports of injuries from Friday’s storms that affected a large swath of Minnesota, bringing not just tornadoes but also damaging straight-line winds, hail and flooding.

Survey teams from the Weather Service’s Twin Cities office determined the strongest of Friday’s tornadoes was an EF-1 that tracked for just over two miles in McLeod County, between Biscay and Glencoe. It had winds estimated at up to 95 mph; survey crews found damage to trees and some outbuildings.

The other five tornadoes were rated EF-0, the lowest rating on the Enhanced Fujita Scale. They were:

Xcel Energy reported about 2,200 customers without power in the Twin Cities as of 9:15 a.m. Sunday — down from more than 100,000 at the peak of the outages Friday night. Xcel said its crews aimed to have power restored to most customers by Sunday afternoon.