Woman wants new coffee shop to be ‘a hub of activity’ 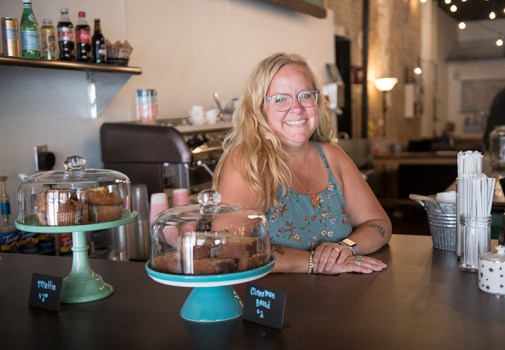 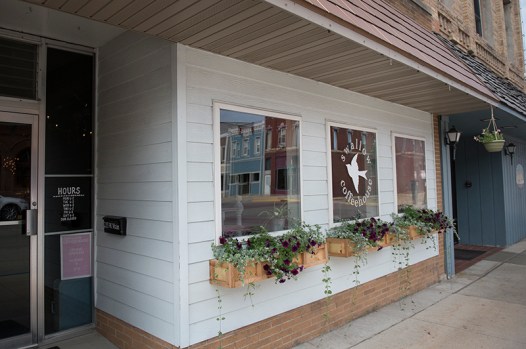 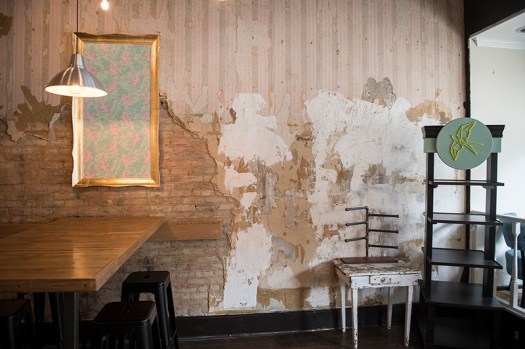 Kelly Gau said they went through about six layers on the walls and about seven layers on the floor of the coffee shop. Colleen Harrison/Albert Lea Tribune

LAKE MILLS — Kelly Gau said Lake Mills has needed a coffee shop for a while.

So she decided to do something about it.

Swallow Coffeehouse, 225 W. Main St. in downtown Lake Mills, will officially open Saturday after having a soft opening this week.

While Kelly Gau owns the building with her husband, Tony, the business is her baby, she said. Her studio, which was previously in Albert Lea until the end of 2018, is still in the basement of the building, where she hopes to eventually add in a commercial kitchen to expand the food offerings at the coffeehouse. She also hopes to eventually finish the apartments above the coffee shop.

The coffee shop will be open from 6 a.m. to 2 p.m. Monday through Saturday, with those hours likely to change in the fall, Gau said.

Swallow Coffeehouse got its name from Gau’s sister, as the family in general has a love for birds and didn’t see any mention of any other coffee shops with the same name when looking online.

The coffeehouse offers the usual drinks a typical coffee shop has, Gau said, as well as some “sweets and treats.”

The space the coffeehouse inhabits has been two years in the making. About six layers were taken off the walls — revealing exposed brick, and about seven layers were taken off of the wood floors. An elevated front seating area has sheet music and postcards from Gau’s grandmother decoupaged on the floor, tables lining the shop were made by her father out of church pews, the swallow logo designed by Gau can be found throughout the establishment, and two classic bicycles hang from the ceiling. To top it off, lights from the former North Prairie Lutheran Church hang over the coffee bar — pieces that mean a lot to Gau as well as other locals.

“There are a lot of stories in here,” she said.

Bringing new life back into the building took a group effort, according to Gau, as many of her friends and family members helped with the renovations.

“No less than 200 people have helped,” she said. “It makes me happy to see people who want this help.”

Ultimately Gau hopes there will be many more stories for Swallow Coffeehouse. She hopes to eventually have live events on Fridays and Saturdays, and would like to expand the breakfast offerings. Her main goal is for the coffeehouse to be a place people can gather with their friends and family.

“I hope it will be a hub of activity constantly,” she said.