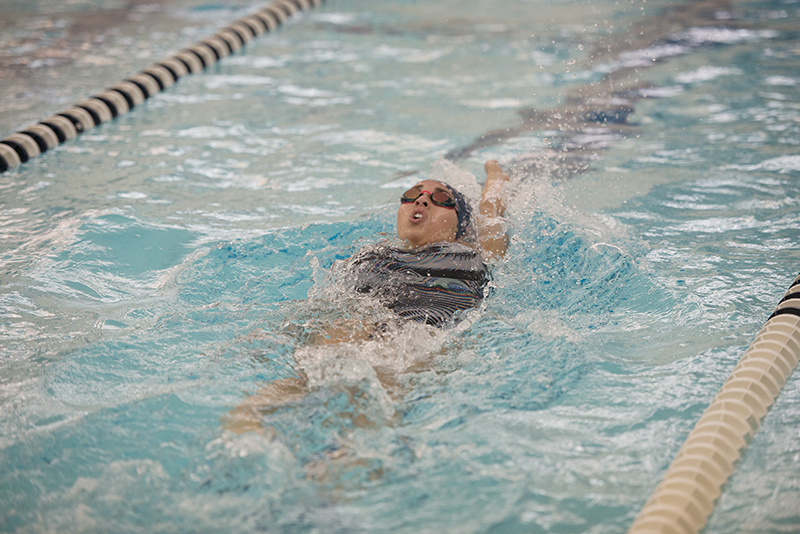 Swimming in its second meet of the week, the Albert Lea swim and dive team competed against Owatonna Thursday night, down three swimmers from the normal roster.

The absences ended up having a big impact on the outcome, as the Tigers fell to the Huskies 95-89, missing out on their second win of the season.

In the first event of the night, sophomore Ava Troster and freshmen Emery Brouwers, Hatty Adams and Shaelee Lambertson came in second in the 200-yard medley relay with a time of 2:19.89, just over four seconds behind the winners. For Adams and Lambertson, that time was their personal bests for the season.

Junior Taylor Palmer swam next in the 200-yard freestyle, her first time competing in the event this year. Palmer came in third with a time of 2:25.58.

The Tigers dominated in the 200-yard individual medley with senior Jaeda Koziolek and junior Taya Jeffrey taking first and second. Koziolek won the event with a time of 2:22.91 and Jeffrey came in second with a time of 2:37.53, her season best.

Brouwers kept the Tigers on the winning path  by winning the 50-yard freestyle with a time of 27.41.

Junior Jenna Steffl continued to make a name for herself in the diving competition by winning the event by almost 40 points with a score of 190.70.

Troster and Adams also competed in the diving portion, scoring 130.4 and 107.5, respectively.

Koziolek picked up her second win of the night with a dominating win in the 100-yard butterfly with a time of 1:03.46, more than seven seconds faster than the second-place finisher.

Doppelhammer finished in the top spot in the 500-yard freestyle with a time of 6:42.74, her season best in the event.

The Tigers pulled out their first relay win of the night in the next event when Koziolek, Troster, Jeffrey and Palmer won the 200-yard freestyle relay with a time of 1:52.87. It was Troster’s first time in the event, but it was a season best time for the other three.

Deming and Troster came in first and second, respectively, in the 100-yard backstroke. Deming set a new season best with a time of 1:16.04 and Troster finished in 1:16.41.

In the final event of the meet, Koziolek, Jeffrey, Palmer and Brouwers finished first in the 400-yard freestyle relay with a time of 4:11.96.

The Tigers  will be back in the pool Thursday when they take on the Titans of Tri-City United.