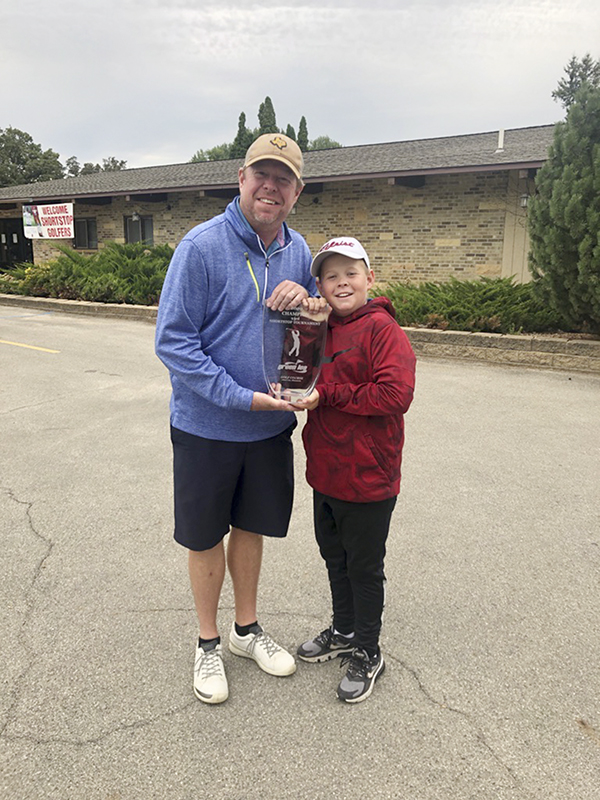 Andy Peterson stands with his son Jack after winning the 94th Shortstop Tournament over Labor Day weekend at Green Lea Golf Course. Peterson beat Chris Baas in the final round of the tournament. - Provided

In the 94th playing of the long-standing tournament, Petersen found himself in the championship round playing against a well-known opponent, Chris Baas. Petersen said he and Baas have played many rounds together previously and grew up together.

Petersen said his game came together in the final round and he was firing on all cylinders.

“I played really well,” Petersen said. “I didn’t make a bogey … I hit the ball great. He made a couple mistakes early on and I got ahead. I hit it good enough to where it didn’t give him much room. I didn’t make many mistakes and was able to keep the lead and hang on at the end.”

The match-play round went into the 15th hole, where Petersen was able to pull far enough ahead to claim the victory.

“I had gotten close many other times,” Petersen said. “I have finished second four or five times previous to this year so finally winning that last match and getting it done was fantastic. It was an awesome day.” 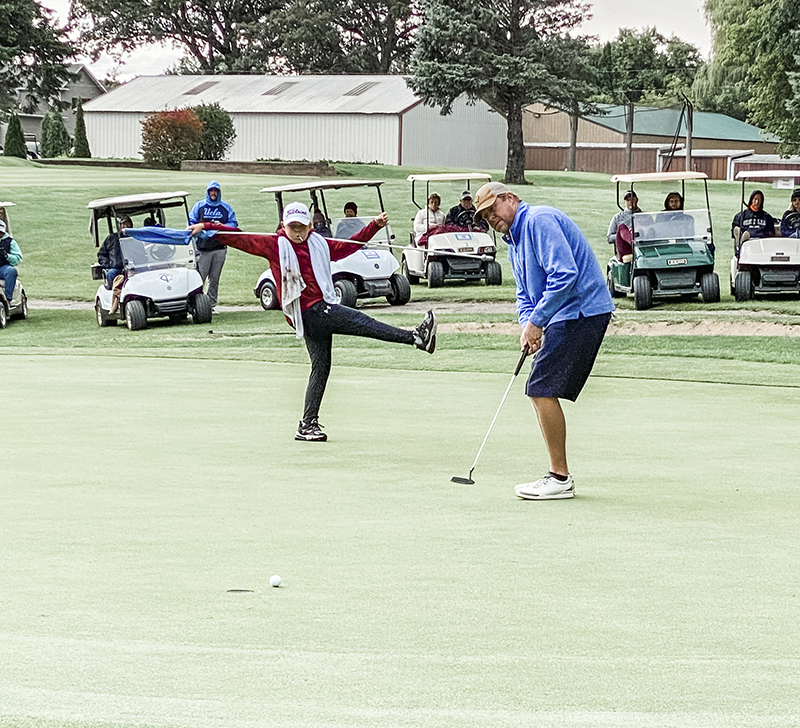 Peterson and his son, who caddied for him all weekend, watch a putt move toward the hole late in the championship round of the Shortstop Tournament. – Provided

Petersen said his day started off with a struggle in the semifinal round match. He was trailing nearly the entire round and finally evened the match with a birdie on the 17th hole. He won that matchup in extra holes, which he said gave him a good amount of confidence heading into the championship round.

“I felt confident going into the last match despite knowing how good Chris is,” Petersen said. “Chris is a phenomenal player, and I knew I was going to have to play very well to compete with him, but I was very confident.”

Joined by his son Jack, who caddied for him throughout the weekend, Petersen went on to claim his first Shortstop Tournament crown since he started playing in the tournament when he was 21.

Another plus to winning the tournament was bringing the championship back to Albert Lea, according to Petersen. The Shortstop Tournament brings in top players from all over the Midwest, so having someone local win it added another layer to the already prestigious win.

Petersen said he was overjoyed when he finally clinched the elusive championship and said he’s excited to defend his crown next year.

“I was just so happy,” Petersen said. “My son was with me all weekend caddying, so I gave him a big hug. This tournament has a lot of meaning to me and my family over the years, so having my old man and my brother there, who have both played in this numerous times, it was special to have the whole family there. It was great.”