Age 80, of Stillwater, Minnesota, passed away September 12, 2020. She was born April 20, 1940 to Charles and Martha Flugum on a farm in Albert Lea, Minnesota, the oldest of four siblings.  She married Milton D. Johnson on June 27, 1965, after meeting him while they both were missionaries in Papua New Guinea.  Together, they served nine churches in Indiana, Illinois, Michigan, and Iowa after Milton became a pastor. He preceded her in death in 2013. They raised four sons: Quentin (Tonya) of Aurora, IL; Todd (Juli) of Iowa City, IA; Erik (Michele) of Lebanon, IN; and Kyle (Jenifer) of Stillwater, MN. All survive, along with nine grandchildren: Haley, Brandon, Nate, Karina, Alex, Makenzie, Noah, Jonah, and Audrey.

Cecil Maureen loved being an active part of her grandchildren’s lives and took great interest in learning more about their activities. She also felt called to mentor young people, who often appreciated her wisdom and faith. She enjoyed sharing stories about her trips to the Holy Land with Milton and was known for sending notes of encouragement to help young people in their faith. 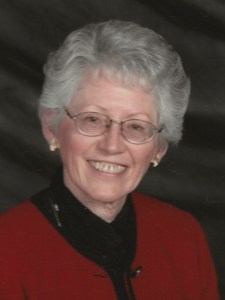 After raising her sons, she delighted in global mission trips through Evangelical Lutheran Church of America, traveling well into her seventies. Cecil Maureen touched thousands of lives through her servant heart, with trips to Honduras, Kenya, Uganda, Liberia, Guatemala, Peru, Argentina, and Jamaica. She was also on the national boards for Women of the ELCA and Global Missions, as well as several synodical positions. Despite her petite stature, Cecil Maureen possessed tremendous strength backed by quiet resolve and determination.

When starting college, she wanted to become a veterinarian because of her love of animals, which were a source of delight even in her final days. She then wanted to become pastor. She was told women could not be either. Instead, she received a teaching degree from St. Olaf and started as a missionary. Cecil Maureen led a life of grace, love, and patience–and will be greatly missed by all those whose knew her.