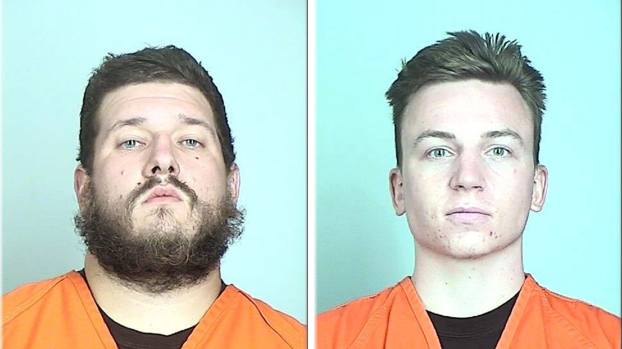 A Minnesota man and a man from North Carolina are accused of trying to conspire with an international terrorist organization.

According to the criminal complaint, the men identify as members of the Boogaloo Bois, a group that seeks to violently overthrow the government.

“This case can only be understood as a disturbing example of the old adage, ‘The enemy of your enemy is your friend,’” Assistant Attorney General John C. Demers said in a statement Friday.

“As alleged in the complaint, these defendants sought to use violence against the police, other government officials and government property as part of their desire to overthrow the government,” he added.

The FBI learned the two men hoped to become mercenaries for Hamas allegedly in order to raise money for anti-government activities in the U.S.

Investigators also say the two delivered suppressors that they said were untraceable to a confidential informant they believed to be an agent of Hamas, and allegedly said they could get more.

On a Facebook page linked to the group, Big Igloo Bois, administrators posted callouts for members to protest in Minneapolis. The group has made police brutality one of its central issues.

The term “boogaloo” refers to a civil war between law enforcement and American citizens.

Solomon’s presence rattled some protesters who marched for justice in the wake of the police killing of George Floyd.

One demonstrator told MPR News that he saw Solomon, who is white, carrying an assault rifle and driving a red pickup truck with a symbol denoting the far-right militia group Three Percenters.

The group’s stated goals are vague, but members position themselves as protectors of the Constitution and have been associated with anti-government causes.

In June, Solomon told MPR News that he was at the protests to defend the demonstrators. He acknowledged he was a “Boog” but no longer considered himself a Three Percenter. At the time, Solomon said the Boogaloo Bois didn’t want to foment violence, but believed a civil war between the government and the people was imminent.

“Our group doesn’t want a race war,” he said. “We want to stop seeing the murder and rights-trampling of every community,” adding that people should prepare for the inevitable.

Solomon also said he and his friends were defending businesses in north Minneapolis during the unrest and were interested in training residents on how to arm themselves and protect their property.

The Department of Human Services says Solomon worked as a security counselor at the Minnesota Sex Offender Program in St. Peter for five months, from October 2016 until March 2017.

The men remain in custody pending a formal detention hearing, which is scheduled for next Wednesday.

ST. PAUL — A judge ruled the Minnesota Pollution Control Agency did not deviate from most of its procedures when... read more