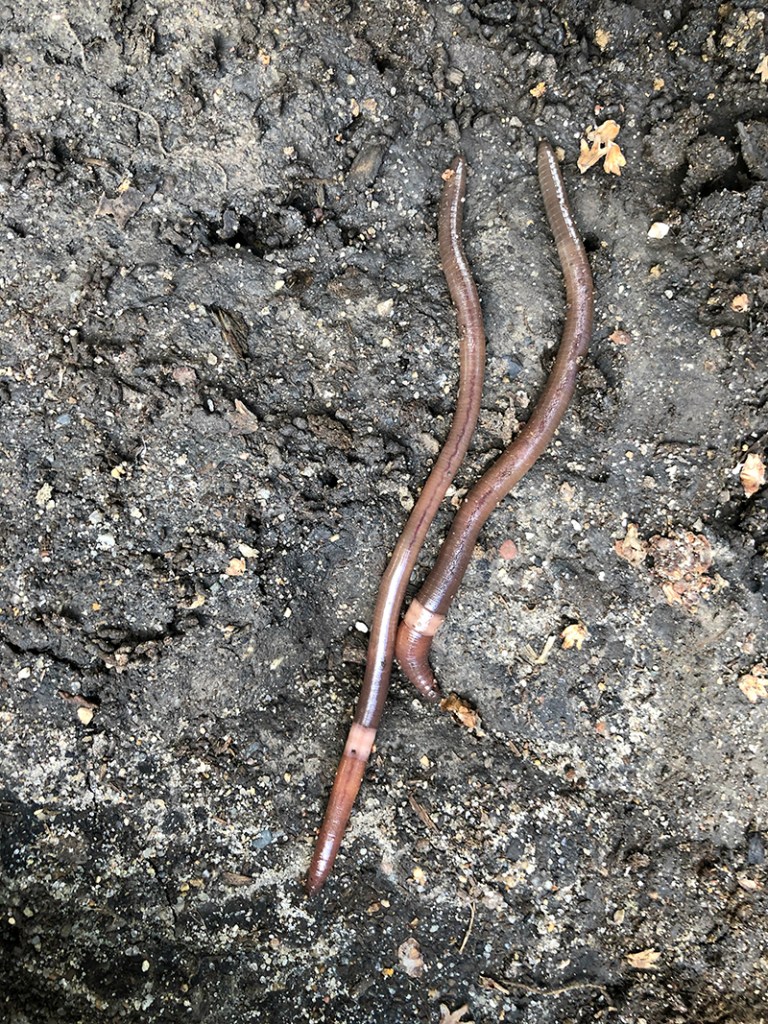 Jumping worms are a type of earthworm that looks similar to other common earthworms such as nightcrawlers. - Provided

The Minnesota Department of Natural Resources is cautioning gardeners and anglers to be on the lookout for invasive jumping worms. These destructive worms can quickly degrade soils and damage garden plants and lawns.

“Jumping worms are a relatively new invasive species in Minnesota and they are a threat to gardens and forests,” said Laura Van Riper, DNR terrestrial invasive species coordinator, in a press release. “They make rich soil more like coffee grounds. They eat plant roots, damaging garden plants and sod.”

Jumping worms are a type of earthworm that looks similar to other common earthworms such as nightcrawlers. They are called “jumping worms” because they wiggle intensely when disturbed and sometimes appear to be jumping. Native to Asia, jumping worms have been confirmed in limited areas of Minnesota since 2006, mainly in the Twin Cities and western suburbs and in Rochester. It’s believed that they were spread throughout North America by people moving potted plants, soil, compost, mulch and fishing bait.

Jumping worms cannot be legally introduced into the environment in Minnesota and are also a poor choice for bait because they break into segments when handled.

“The good news is, jumping worms are not well established in Minnesota and there are actions people can take to prevent their spread. We need gardeners and anglers to be vigilant and to contact the DNR when they think they’ve found jumping worms,” Van Riper said.

Other steps that help:

Anglers should dispose of any unwanted bait worms in the trash.

Gardeners should inspect incoming mulch or plants for jumping worms and if swapping plants with friends, wash off the soil and share the plants as bare root plants.

Recreationists should brush the mud off their boots and equipment.

If people think they’ve found jumping worms, they should take high resolution photos showing the ring around the worm’s body in relation to its head and report jumping earthworms using www.eddmaps.org, or contact the DNR Information Center at 888-646-6367 or info.dnr@state.mn.us.