Guest Column: Playing of national anthem is a time for unity

The American Legion Department of Minnesota recognizes the nation’s divisions are laid bare during a difficult year for all Americans, and we hope to explain why the national anthem should not be the time and place for kneeling or other forms of protest.

The playing of the national anthem, “The Star-Spangled Banner,” is intended as a time for unity. It is a time when we can be one United States of America. After all, despite divisions over race, criminal justice, employment, health care, economy, elections and, of course, contentious partisan rhetoric, we, as Americans, all want the same thing — a more perfect union. 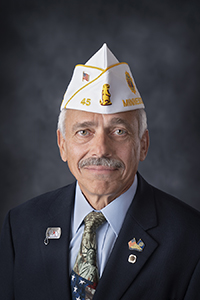 The song’s history at sports contests dates back to the seventh-inning stretch of Game 1 of the 1918 World Series in Chicago. The World War I death count was at 100,000, and a day before a bomb had exploded in the Windy City, killing four and injuring dozens. Like now, America was in turmoil. The Chicago Cubs decided to play “The Star-Spangled Banner” during their contest with the Boston Red Sox at Weeghman Park, now Wrigley Field. The song became the national anthem in 1931, and playing it before sporting events grew and especially proliferated during World War II.

This tradition of a moment of oneness and national pride continued after the war. Like the word “United” in our country’s name, this solemn time allowed us to reflect and put away our differences.

It pains us, as veterans, to see time for honoring the flag become politicized because so many of us have risked our lives or died for this country, so that we may secure the blessings of liberty — such as free speech and the constant back-and-forth dialogue on important issues of the day. We aren’t opposed to improving the lives of America’s people, no matter race, ethnicity, gender or politics. Veterans served with people of all backgrounds and were willing to die for them. Wear whichever message you wish to convey. Support whichever cause you desire. Push for change. That’s America.

But, for brief moments in our lives, let’s recognize that there are brothers and sisters, aunts and uncles, mothers and fathers, grandfathers and grandmothers, sons and daughters who have given their lives for this nation. Respecting the flag respects them.

Mark Dvorak is the Department of Minnesota commander for The American Legion. He is a member of New Prague Post 45.