Jobs czar strives to get Minnesota economy back on track 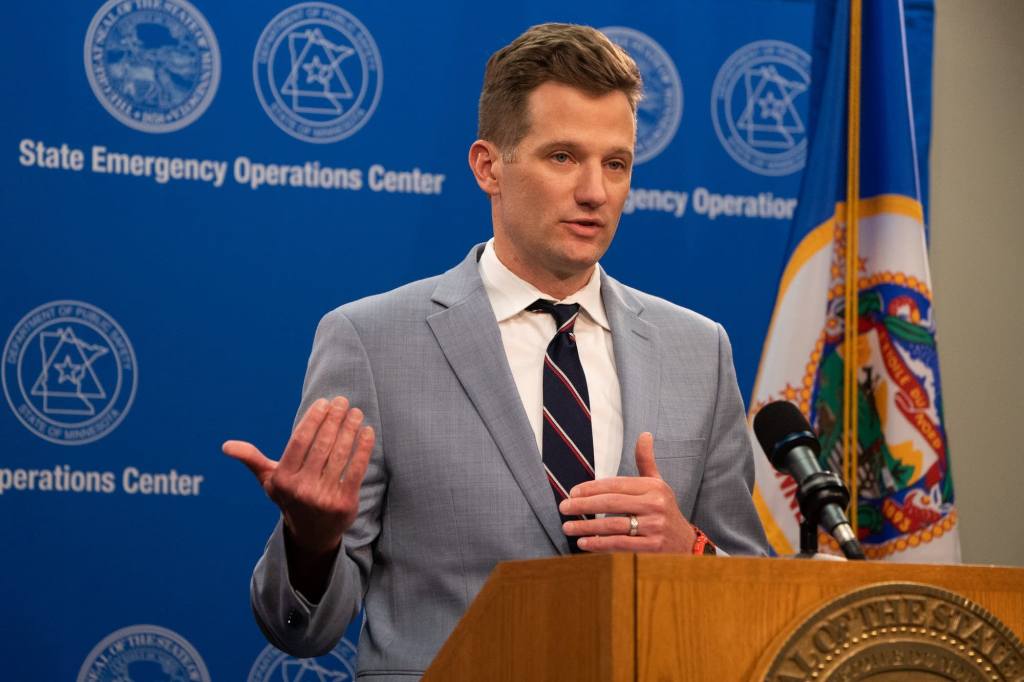 ST. PAUL — This isn’t the job he expected.

The former Google executive, a Minnesota native, got off to a good start by working with business leaders, legislators and other state officials to provide grants and tax credits for launching technology startups, dispense small-business emergency loans and grants, offer training for workers to develop new skills, and supply data and services help to retain and grow other businesses.

Then in March, the coronavirus pandemic hit. It has infected more than 65,000 Minnesotans, killing nearly 1,700 of them. The fallout closed thousands of businesses and threw hundreds of thousands of workers out of jobs.

“What’s happening to our economy is nothing short of stunning,” Grove said in a recent interview with the St. Paul Pioneer Press.

His focus quickly shifted to providing benefits to unemployed workers and “staving off disaster” for disrupted businesses.

Since March 16, nearly 900,000 Minnesotans have applied for unemployment compensation, “16 times more than in the previous four years combined,” Grove said. More than 425,000 are still asking for those checks every week.

The Minnesota Department of Employment and Economic Development has dispensed about $6.5 billion in state and federal jobless benefits so far this year.

When President Donald Trump and Congress approved an extra $600 in weekly benefits for the unemployed, Grove scrambled to get the state’s share quickly.

“Minnesota was the first state to get out the unemployment bump,” Gov. Tim Walz said, crediting the DEED commissioner with leading the charge.

“That was a very difficult task,” said Senate Jobs Committee Chairman Eric Pratt, a Prior Lake Republican and frequent critic of Walz’s pandemic response policies. “Steve deserves a lot of credit for leadership on that. …

“Obviously, he and I don’t see eye to eye on everything,” Pratt said. “But the commissioner and I have a good relationship. We have some shared goals.”

HOW HE GOT HERE

Grove, 42, was born and raised in Northfield, where his father founded a small landscaping business. After high school, he earned a bachelor’s degree from Claremont McKenna College in California and a master’s in public policy from the Harvard Kennedy School.

He wrote for the Boston Globe and ABC News before joining Google, where he worked for 12 years and became founding director of the Google News Lab, a global division of the company that partners with news media organizations to promote innovations in the news industry. He has also served as an adviser to the White House and State Department on counterterrorism strategy.

In 2018, he and his wife, Mary, decided to move from Silicon Valley to Minneapolis to raise their twin children, now age 3. His parents, two sisters and a brother still live in Minnesota and provide a family support network.

“Mary and I had a good run at Google,” Grove said, “but we wanted to test the waters outside of Google and try new chapters in life.”

That summer, he volunteered to work on Walz’s campaign for governor. Walz said he first met Grove in 2004 when he was covering Minnesota politics for YouTube, which Google later acquired. “He was very interested in the intersection of politics, technology and policy. … I was very impressed,” the DFL governor said.

After Walz was elected, he recruited Grove to head his economic policy team. “I wanted someone who could speak the language of the modern economy and knew Minnesota well,” he said.

Grove made a financial sacrifice to accept the $150,000-a-year job, the governor said. “The guy took about a 20-fold pay cut to come to work for the state he grew up in.”

Now his job is to get Minnesota’s pandemic-plagued economy back up and running.

“My goal is to get our economy safely reopened in a way that maximizes both public health and economic success,” he said. “Our longer-term goal is to really rebuild our state’s economy in a way that creates more opportunity, more wealth, more living-wage jobs and frankly more equity than we’ve ever had before.”

He noted one in two Black Minnesota workers has applied for unemployment benefits this year, compared with one in four white Minnesotans.

To spark business growth, Grove helped persuade lawmakers to create “Launch Minnesota,” which has provided $1.5 million in innovation grants this year to enable technology startups to take off. He also worked with the Legislature to bring back “angel tax credits” to provide incentives for investors to back startup technology companies that “build and grow here instead of on the coasts.”

Pratt, the Senate Republican jobs chairman, praised Grove for “changing the culture” at DEED to improve the agency’s programs that have been around for awhile.

HOW’S HE DOING WITH DEED’S CLIENTS?

For more than 30 years, Charlie Weaver, executive director of the Minnesota Business Partnership, which represents more than 110 CEOs and executives of the state’s largest employers, has served as a legislator, state agency commissioner, governor’s chief of staff and a lobbyist. During that time, he said, “I have never seen a more engaged or more responsive DEED commissioner than Steve Grove.”

The commissioner’s business background gives him great credibility in the corporate community, Weaver said. He described Grove as a thoughtful, inclusive, transparent, unpretentious and “measured guy with a sense of humor.”

He said Grove has “done a remarkable job” of quickly putting out accurate information about Walz’s executive orders, responding to questions and setting up advisory panels to inform him. When business leaders complain, he said, Grove typically responds the same day and often visits their facilities to see what they’re complaining about firsthand.

During the first three months of the pandemic, he said, Grove, state Health Commissioner Jan Malcolm and Walz chief of staff Chris Schmitter placed a conference call at 7 a.m. every Tuesday to about 200 partnership CEOs and members of their leadership teams to discuss the latest public health developments and actions the administration was considering. They’d talk for about 30 minutes, then field questions for another half-hour.

“It was unscripted, totally open. I’ve never seen anything like it,” Weaver said.

Grove also pays attention to smaller businesses. Doug Loon, president of the Minnesota Chamber of Commerce, said the commissioner “certainly has listened to us.” Although Walz often has disagreed with the business community’s recommendations, “we always feel the input we are providing is balanced against other considerations,” he said, and Grove is an ally within the administration.

Maureen Scallen Failor, president of the Dakota County Regional Chamber of Commerce, said of Grove: “I’ve never had a commissioner be so proactive in reaching out to me.” When the pandemic hit, she said, he called or emailed her every week to provide information that she passed on to chamber members and to seek their views on business issues.

“We’re not always on the same page, but I appreciate his willingness to find common ground,” Scallen Failor said.

Grove is also “totally accessible” to organized labor, said Minnesota AFL-CIO President Bill McCarthy. The commissioner set up a labor panel to advise him on worker-safety issues, he said. “It’s really been a joy working with him.”

While the commissioner generally gets high marks for his performance, he hasn’t escaped political criticism.

After Walz announced a statewide face mask mandate last month, Grove sent an email to business groups urging them to forward a DEED-written letter supporting the governor’s position to newspapers and other organizations without disclosing the letter’s source.

Republican leaders accused the administration of waging a “taxpayer funded PR campaign.” GOP Sen. Pratt called it a “bit of an overreach” of the governor’s emergency powers, and Senate Majority Leader Paul Gazelka, R-East Gull Lake, said he will direct a committee to investigate the matter.

In response, DEED issued a statement saying: “As part of Minnesota’s public health campaign, DEED is partnering with businesses across the state to get the message out that masks will slow the spread of the virus. We’re using every tool at our disposal to keep Minnesotans safe and healthy and allow our businesses to remain open.”

Despite that political flap, Grove is optimistic that the state has good economic momentum.

“It’s a real dark time for our country and our state,” he said. “But Minnesotans have shown they can bounce back, shown that we’re a resilient people. We’ve shown that out of challenge and chaos, we can create greatness. I think we’ll do it again this time.