Jack was born in Louisville, KY to parents Raymond and Katherine Potts. He was the eighth child in a family of 11 children. He graduated from high school in Louisville. He worked a couple different jobs before moving to Minnesota, including being a security guard at Elvis Presley’s Mansion. Jack followed his second wife here to Minnesota even though he hated the cold. He worked as a bus driver for the South West Metro Transit. He enjoyed being a bus driver very much. After moving to Albert Lea, he was the onsite manager at the Trailside Apartments and lastly was a Customer Service Manager at Walmart. 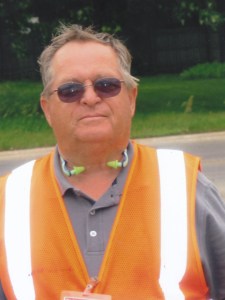 Jack was a devoted husband, father, grandfather, great grandfather, and friend. He was well known for giving his best effort. He would often crack a joke just to make you smile. He loved his family very much. Jack would help people in need no matter what, even if it was the last dollar in his pocket.

Jack tried to live by Bible principles and was baptized as one of Jehovah’s Witnesses in 1985. What drew him to the Bible’s truth was global unity among all races. He was impressed that God was using people to tell others about the good news for the future. He volunteered many hours through the years telling others about God’s name, Jehovah. He also had much enjoyment volunteering with the construction of building and remodeling Kingdom Halls. The one hope that he longed to see fulfilled was the resurrection. He wanted to see his loved ones again and he looked forward to the promise of living forever on Earth in paradise where no one will be sick, nor be in pain.

He was preceded in death by his parents Raymond and Katherine Potts.

Jack will be extremely missed by all who knew him.

Private family services will be held at a later date via Zoom. Friends and family may inquire with Krysteen for more information.