Marvin was born on July 16, 1936 at Knoxville, Iowa to Coniston E. (Smith) and Mervin L. Zeller. He lived at Cedar Rapids, Spirit Lake, Packwood and Marathon, Iowa, where his father was a county agent and rented farms. In 1950 his family purchased the Howe farm south of Alden where they crop farmed and raised Purebred Hereford. 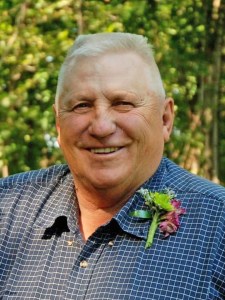 Marvin graduated from Alden High School in 1954 and enlisted in the U.S. Army. He played football during his tour of duty in Germany and traveled Europe, achieving rank of PFC and receiving his honorable discharge in July, 1956.

He married Joyce Petersen February 9, 1958 and lived next door to the family farm. He was active in 4-H as a youth and also as an adult leader. He was very proud of his herd of Simmental cattle and enjoyed participating in cattle shows. He was a member of the American Simmental Association and the Freeborn County Cattlemen’s Association. He was also a member of the Alden United Methodist Church and the American Legion Post #56.

Marvin worked for Ivan Sorensen shelling corn and worked during the pea and sweetcorn harvest at DelMonte and Green Giant for many years. He sold Farmers Hybrid seed and devoted his life to his farm and his family. He enjoyed travel and winters in Arizona, and time with his family. Marvin always made time to go fishing with family and friends. Many wonderful memories were made during fishing trips to Canada. He looked forward to helping with field work and driving his 1956 Ford on trips with the Classic Cruisers.

He is also survived by brother Jerry and his wife Gloria Zeller, sister-in-law Joan VanDeer and nieces and nephews.

Marvin was preceded in death by his parents, inlaws: Eienhardt and Helen (Tavis) Petersen and brother-in-law, Robert VanDeer.