My Point of View: What several grandparents want for their grandchildren

My Point of View by Grace Griffith

My name is Grace Griffith.  I describe myself as Christian, wife, mother, grandmother, substitute teacher and longtime resident of Albert Lea. My husband, Wayne, and I raised five children and now have 11 grandchildren, ages 2 to 17. We are so blessed — and doubly-blessed to live in the most wonderful country in the world!

I asked several grandparents the following question: “What is the greatest area of concern for your grandchildren?” Their responses mirrored my own number one concern: education — what our grandchildren are learning, and, what they’re not learning. The concern in regard to education isn’t limited to our school systems, but as importantly, the media. Our young people today are inundated and overwhelmed with messages and ideas that are not consistent with my conservative values. 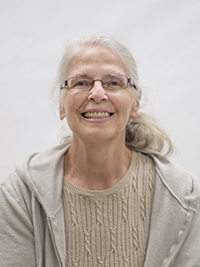 As a conservative, I am pro-religious freedom, pro-life, pro-family, pro-U.S Constitution. I appreciate the “What We Believe” statement from the Faith and Freedom Coalition:  The greatness of America lies in the character of our people — in simple virtues like faith, hard work, marriage, family, personal responsibility and helping the least among us.”  Am I wrong in thinking that the majority of Freeborn County residents agree with that statement?

Thomas Sowell, an American economist, (who happens to be Black), said, “There are few things more dishonorable than misleading the young.” On so many issues today I believe our young people are being misled. They need to be able to discern what is good, right, appropriate, true. How can they if they hear only one side of an issue? James Madison, father of our Constitution, left us this thought, “A well-instructed people alone can be a permanently free people.” Are the students of today being taught the value of our Constitution?  Do they understand the sacrifices made by our founding fathers and the sacrifices made by the generations following, as some gave even their lives to defend our country?

Institutional racism is one of the big talking points in the media today. Are my high school grandchildren hearing what Herschel Walker has to say or only Colin Kaepernick’s point of view? Do they ever hear from the following Black Americans: Candace Owens, Niger Innis, Carol Swain, Bob Woodson, Morgan Freeman, Kim Klacik or Larry Elder? Since June of this year I have compiled a list of more than 40 Black Americans who have spoken against the notion that our country is subject to systemic racism. These Americans succeeded even though they are not white and most had very challenging early-life circumstances! Booker T. Washington (1856-1915, born a slave), said, “There is a certain class of race problem-solvers who don’t want the patient to get well.”   Could he have foreseen the circumstances of our times?

A second topic in the news: socialism. Do our grandkids understand the fundamental differences between free market capitalism and socialism? Do we?

In political science and economics classes is there discussion of what Daniel Webster meant when he said, “It is hardly too strong to say that the Constitution was made to guard the people against the dangers of good intentions. … There are men, in all ages … who mean to govern well; but they mean to govern. They promise to be kind masters; but they mean to be masters. … They think there need be but little restraint upon themselves. … The love of power may sink too deep in their own hearts. …”

Other issues such as climate change, freedom of religion and our Second Amendment rights demand open and honest debates from both political perspectives. We owe it to future generations to ensure that the media and our academic institutions allow for, and promote discussion of all points of view.

In conclusion, we have this from Benjamin Franklin, “Only a virtuous people are capable of freedom. As nations become corrupt and vicious, they have more need of masters.”

Grace Griffith is a member of the Freeborn County Republican Party.