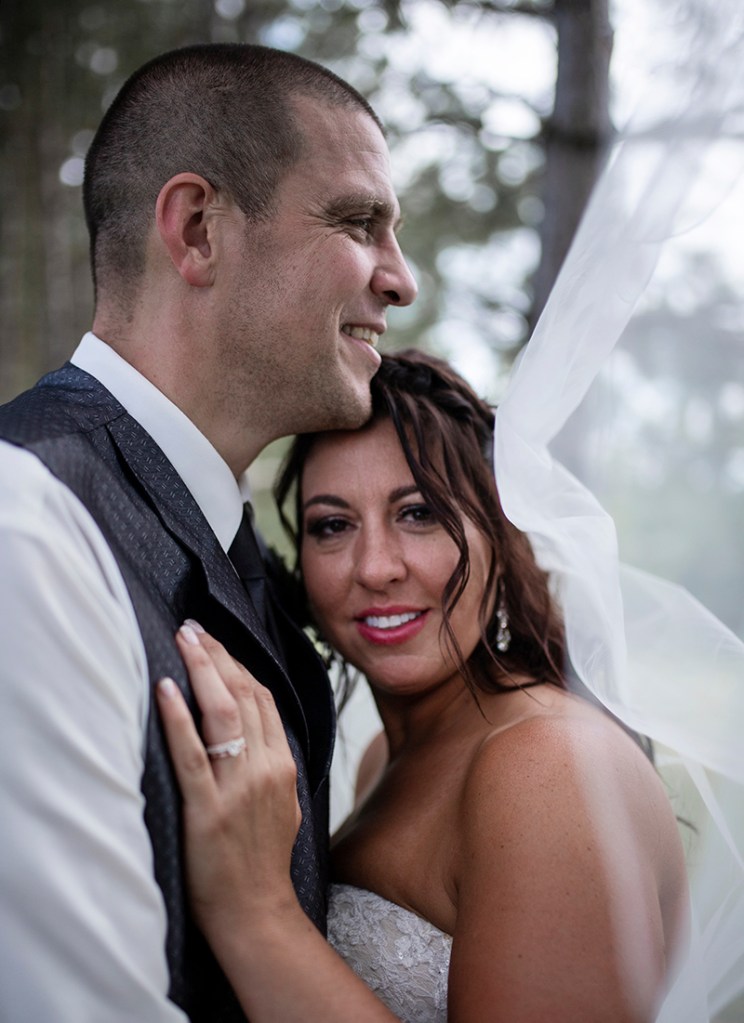 Chastity Peterson and Joshua Fossum of Albert Lea were married Aug. 1, 2020, at Bayview/Freeborn Funeral Home by Don Malinsky. Due to the COVID-19 pandemic the location had to be moved, but a fun and memorable day was had with a pig roast.

The bride is the daughter of Kathy Peterson and Rick Budd of Maplewood. She is a 1996 graduate of Mahtomedi High School and a 2004 graduate of the College of St. Catherine, where she majored in nursing, She is a registered nurse.

The groom is the son of John and Pam Fossum of Waseca. He is a 1994 graduate of Lac qui Parle Valley and a 2000 graduate of the University of Minnesota, where he majored in mortuary science. He is a funeral director and mortician.

The couple have seven “blended and blessed children.”

The ring bearer was Gabrick Sanocki, grandson of the bride.