Rebels edge out Titans at home 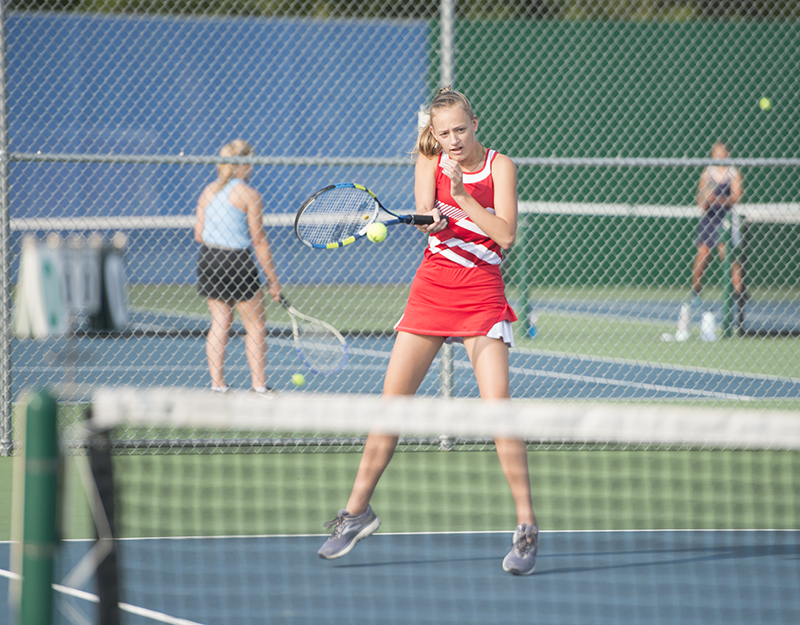 The Rebels picked up three singles wins and one doubles win to defeat the Titans, 4-3.

Fellow senior Alyson Swanson continued the winning streak with a 3-1, 6-3 victory in the No. 2 match. 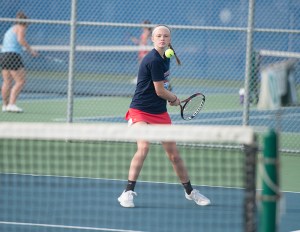 Sophomore Kelsie Chapman had a tough battle on her hands in the No. 3 singles match, but still pulled out the win 7-5, 6-0.

Junior Elizabeth Romano was the lone Rebel to drop a singles match. However, Romano kept the sets close, falling 6-3, 7-6.

United South Central needed jut one win in doubles play to pull off the victory, and they got it in the No. 1 match from senior Lauren Zebro and junior Macy Zebro. The duo won their match in straight sets, 6-3, 6-3.

The senior team of Olivia Schwartz and Hanna Olson won their first set in the No. 2 doubles match, but dropped the last two to lose the match 6-7, 6-4, 6-2.

In the No. 3 doubles match, senior Danielle Kirkiede and junior Brooklyn Yokiel lost 6-3, 6-3.

With the victory, the Rebels move to 4-3 on the season and 2-0 against the Titans.

The Rebels will be back on the court Thursday, when they travel to Maple River to take on the Eagles.

There are just three meets remaining in the regular season, one of which will be at home.