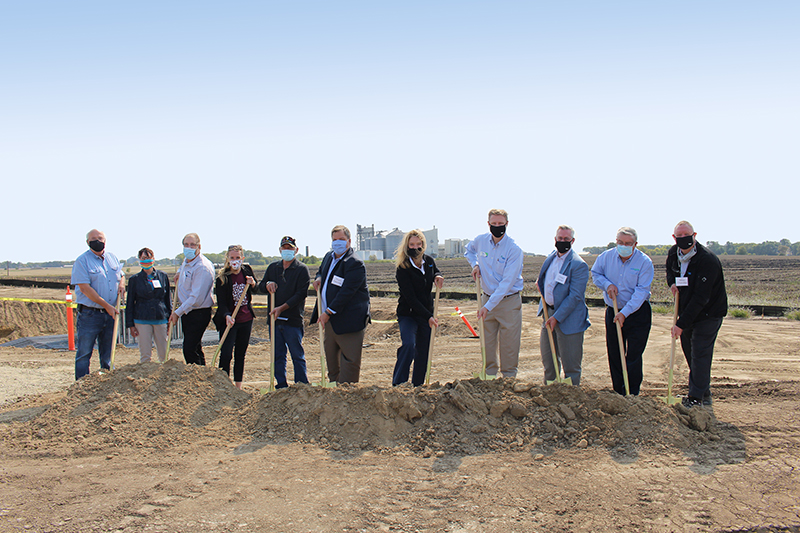 Renewable Energy Group Inc. broke ground Monday for a single wind turbine that will provide power to the company’s biorefinery south of Albert Lea. This project will provide locally sourced, clean electrical power, lowering the carbon footprint of the biodiesel plant, according to a press release.

“We are committed to reducing our carbon footprint by producing cleaner burning fuels,” said Cynthia “CJ” Warner, president and CEO of Renewable Energy Group. “The addition of the wind turbine will make a process that already had low carbon output even more sustainable. We are continuously looking for innovative approaches to improve our facilities, and this project is no exception.”

The project, to be constructed and operated by Minnesota-based Juhl Energy, will save approximately 68,000 tons of carbon dioxide over the first 10 years, displacing predominantly fossil fuel-based electricity. This is the equivalent of greenhouse gas emissions from 168 million miles driven by an average passenger vehicle.

“This project is a great example of locally sourced distributed renewable energy, and we’re excited that electricity produced from the wind will directly lead to lower carbon gallons of biodiesel being produced by REG,” said Clay Norrbom, managing director of Juhl energy. “Juhl and REG have appreciated working with the many people who have made the project possible, including local landowners, city, township and county officials, Freeborn-Mower Cooperative Services, Dairyland Power Cooperative and Faith Technologies.”

The single wind turbine will be northwest of the REG Albert Lea biodiesel plant. The site selection was made based on REG’s desire to limit the impact of sound and shadow flicker to the surrounding residents.

“Using wind-generated electrical energy to convert agricultural products into biodiesel is a great way to improve the plant’s environmental footprint and advance our renewable energy goals for the state,” Agriculture Commissioner Thom Petersen said. “We’re proud that Minnesota continues to be a leader in biofuels and clean energy.”