Ruth was born February 19, 1940 in Albert Lea to H. Bernard “Bun” and Evelyn (Frost) Cornick. After graduating high school in 1958, she worked for her father at “Bun’s Cardinal” Grocery Store. She attended one year of school at the Winona Business College. She then worked for “Boyd and Jack’s” as a cashier for several years.

In 1958, Ruth married Gary Schreiber and the two had three children; Scott, Sue, and Tod. The two later divorced. In 1983-84, Ruth went on to attend Austin Community College for cosmetology. Her last career endeavor was as a bus driver for Albert Lea Schools. She drove the “Snoopy” bus and was affectionately known by her riders as “Grandma Snoopy”. 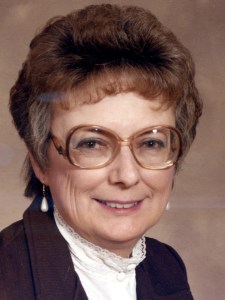 She is preceded in death by her parents; her grandson, Brady Flatness; her great-grandson, Dominic; her daughter-in-law, Anna; her sister-in-law, Bernadine Cornick; and her special cousin, Janie Trontvet.

A memorial service will be held on September 8th at 2 p.m. at Swensrud Park Shelter, Northwood IA.

Private burial will be held at a later date at Sunset Rest Cemetery, Northwood IA.

Our Mom was a strong independent woman. Her family was her greatest treasure. She was fun loving, and her smile could light up any room she walked into. She will be greatly missed by us and all who knew her.

The family wishes to thank Prairie Senior Cottages of Albert Lea and St. Croix Hospice for all the loving care they gave to mom.