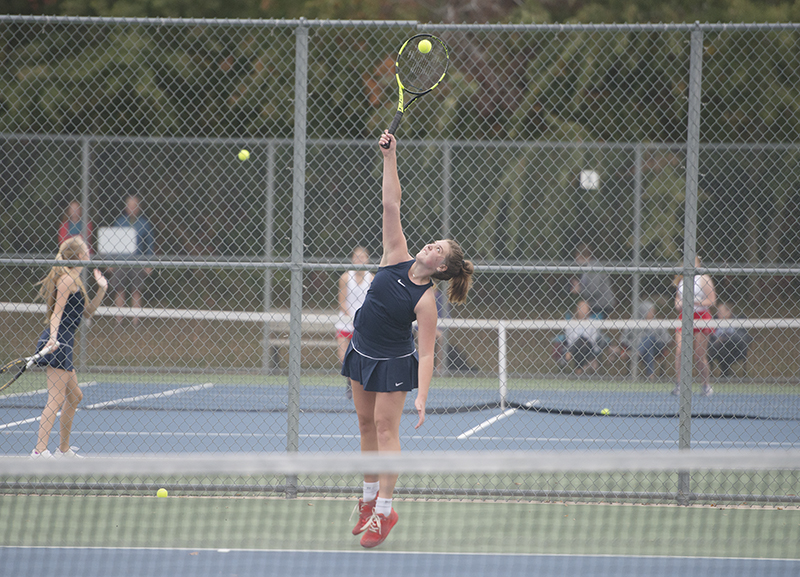 After a week away from the court, the Albert Lea girls’ tennis team hosted Austin Saturday morning hoping to get on the winning path.

Unfortunately for the Tigers, the Packers came in with a fury winning the meet 6-1, including two matches that went to three sets.

Freshman Rachel Doppelhammer was the lone Tiger to pick up a win at the meet. It was Doppelhammer’s first singles win of the season, coming away with a 6-3, 6-4 victory in the No. 4 singles match.

In other singles action, senior Shelby Hanson continued at the No. 1 singles spot, but came up on the losing side of the battle 6-2, 6-4. Fellow senior Dominica Eckstrom also came up short, however, she did take her No. 2 singles opponent to a third set. After winning the first set 7-5, Eckstrom dropped the final two sets 6-2, 6-3.

Sophomore Alyssa Jensen got her first action as a singles competitor on the varsity squad. In the No. 4 singles match, Jensen also went to three sets but ultimately lost the match 2-6, 6-3, 6-4.

In doubles play, the team of freshmen Lilly Hyke and Ashlyn Brevan at the No. 3 spot were the closest Tigers to getting a win. The duo lost their match 7-5, 6-2.

Senior Hannah Conn and junior Stephanie Vogt lost in the No. 1 doubles match 6-2, 6-2, and the sophomore team of Hannah Willner and Marissa Hanson lost the No. 2 doubles match 6-1, 6-2.

The Tigers fall to 0-8 as a team this season and have just two meets remaining in the regular season. They hit the road Tuesday night to take on the Panthers of Rochester Century before they close out the season at home against the Rockets of Rochester John Marshall Thursday afternoon.