Tigers shut out at home 6-0 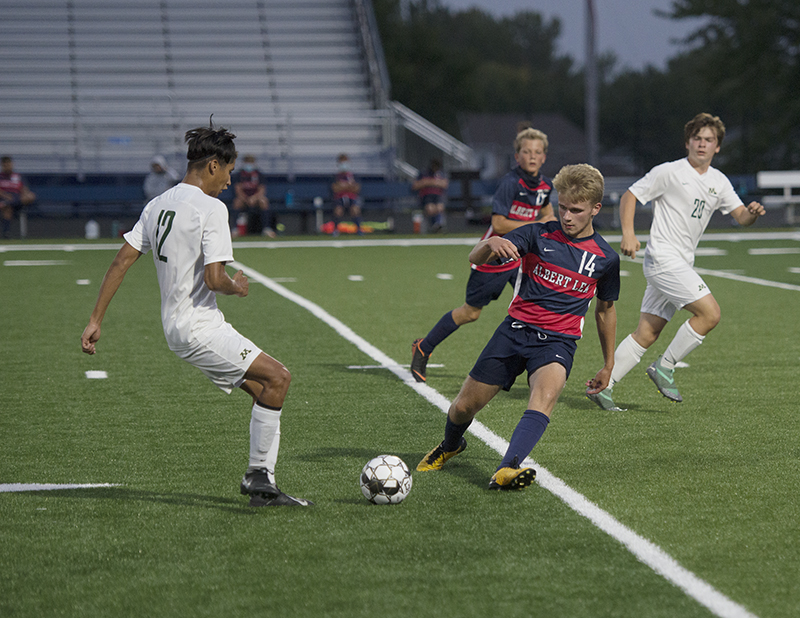 It was a rough night offensively for the Tigers as they failed to get many good looks at the goal. Three goals in the closing minutes of the first half gave the Spartans the boost they needed to defeat the Tigers, 6-0.

Mayo wasted no time in getting its first goal on the board, scoring just over two minutes after the opening whistle.

After giving up the quick goal, the Tigers settled down defensively and kept the Spartans scoreless for a majority of the rest of the half. 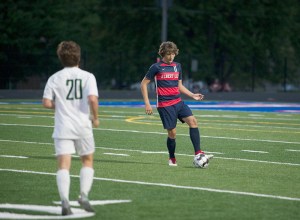 Sophomore Kadin Indrelie catches a pass from a teammate early in the first half against Rochester Mayo Tuesday night. Tyler Julson/Albert Lea Tribune

That was until Mayo scored in the 30th minute to take a 2-0 lead.

The Spartans scored again around two minutes later and then once more with two minutes remaining in the half.

Mayo was suddenly ahead 4-0 at the break.

Albert Lea sophomore Joseph Yoon came the closest to scoring a goal, but his try was broken up after reaching the box.

Rochester Mayo scored twice in the second period to all but sure up the game.

Senior keeper Caleb Hanson had multiple nice saves in the net, including a diving stop midway through the second half.

The Tigers fall to 0-4 this season and will play again Friday when they host the 2-2 Huskies of Owatonna.