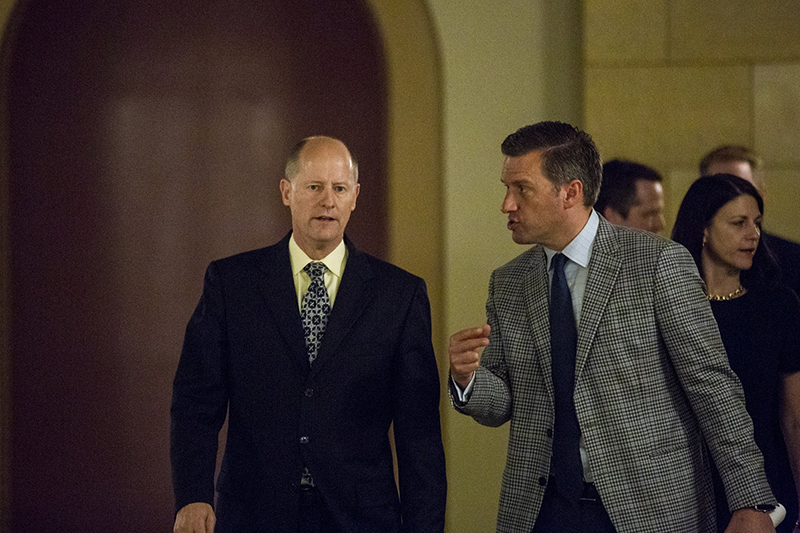 Paul Gazelka and Kurt Daudt head into a meeting inside the Minnesota State Capitol in May 2018. The two Minnesota Republican legislative leaders have joined other Midwest lawmakers in urging the Big Ten Conference to call off its postponement of the football season. Evan Frost/MPR News 2018

Two of Minnesota’s top Republican state legislators are calling on the Big Ten Conference to reconsider its plan to postpone the fall football season.

The conference is concerned about COVID-19. But Gazelka said he doesn’t believe playing the football games would be dangerous. 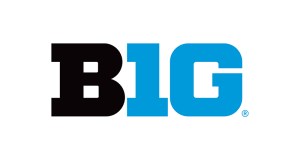 “Sports in general I think are important for kids of all ages, including college, to be participating in,” Gazelka said. “The risk outdoors of playing football is small.”

In a letter to Big Ten Commissioner Kevin Warren, signed by Gazleka and others, the lawmakers said that “athletes are losing a vital part of student life,” and “universities stand to lose millions of dollars.”

Gazelka wants the games played, but he is less certain about allowing fans into stadiums to watch the games.

“I’m certainly willing for people to explore what’s the safest way to do that and whether they want to do that or not do that,” he said.