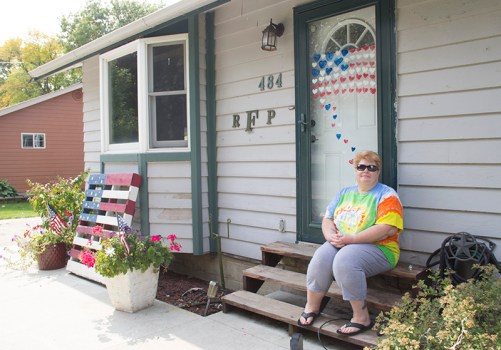 Pam Folven and her husband, Ray, were at their home on High Street in Emmons Aug. 31 when a fire started from a malfuctioning outlet in their basement. Though not much damage is visible from the outside of the house, the entire basement has had to be gutted and most things were damaged by smoke on the upper level. Sarah Stultz/Albert Lea Tribune 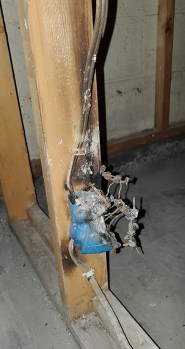 This malfunctioning outlet in the basement started the fire in the Folven's home. Provided 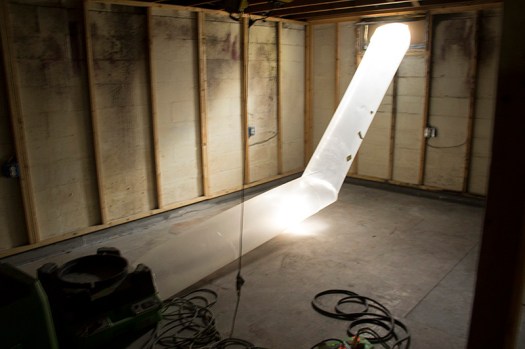 The basement of the Folvens has been gutted due to the fire damage. 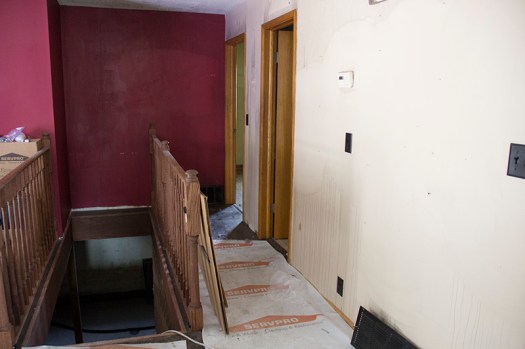 Servpro is working to professionally clean the houseof the soot damage. Once that is complete , the Folvens will then talk with contractors about how to refinish the basement. Sarah Stultz/Albert Lea Tribune 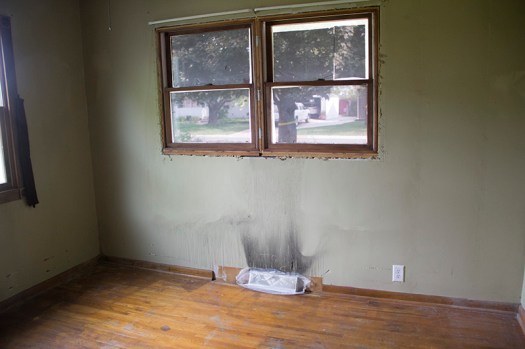 Smoke and flames began coming up from the basement level into the Folven's bedroom during the fire Aug. 31. Sarah Stultz/Albert Lea Tribune 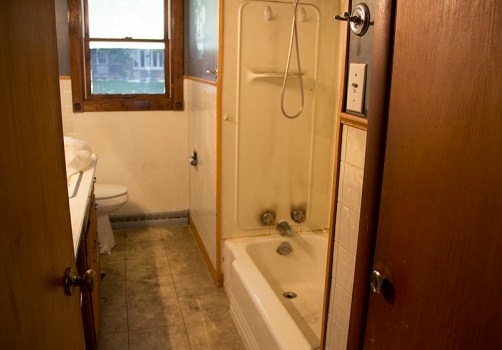 Damage from the fire is evident throughout the Folven's home, whether through soot on the walls or through fire damage from behind the handles of the bathroom tub faucet. Sarah Stultz/Albert Lea Tribune

Family picking up the pieces after fire in late August

EMMONS — It’s hard to tell from the outside, but much of the interior of Pam and Ray Folven’s home in Emmons was damaged Aug. 31 after a fire started in their basement early that morning.

That was the day when Pam Folven said their lives were uprooted as they slept.

She said her husband came home to their house on High Street at around 2:30 a.m. that day after assisting with riot control in Minneapolis through his employment with the Minnesota National Guard and went to bed about 3 a.m.

The house was quickly filling with smoke from a fire that started with a malfunctioning electrical outlet in the basement.

She said they noticed the fire alarm sounding in the basement, and shortly after, the upstairs fire alarm also started alerting them to the fire.

They quickly went to work getting their animals out of the house, and were able to save their three dogs and three of their cats — though a fourth cat, Betty, perished in the fire.

She said as they stood outside the house watching as Emmons and Lake Mills firefighters arrived and began to extinguish the blaze, they saw flames coming from the egress window in the basement. Luckily, she said, their son was outside sleeping in a camper and was not in the house when the fire began.

The family had lived in the house since 1990 but is now living in a rental property in Albert Lea as they continue the process of cleaning up and starting over.

Though the structure of the house, itself, is savable, the entire basement had to be gutted and there was soot and smoke damage throughout, Pam Folven said. All of their electrical appliances are no longer usable and all of the food the couple had stocked in their pantry to help their children in times of need is no longer usable. Upstairs, she said the cabinets in the kitchen have to come down, their walls have to be professionally cleaned and their flooring has to be replaced, among other things. She is hopeful their clothes and furniture will be able to be professionally cleaned and saved, but she is unsure at this point.

“We lost everything,” she said. “We might get our furniture back — we might not. We feel very vulnerable.”

Though working with their insurance company has gone smoothly thus far, she said all of the extras at this time are adding up, including essentially an extra mortgage payment and costs at both their rental property and their home, along with day-to-day costs to live.

As of Monday, the house had been cleared of all interior belongings, and it continues to be ventilated and cleaned.

She said once everything is cleaned, they will bring in a contractor for estimates to rebuild the basement. She was unsure of a timeline for the work.

“I just want to be home,” she said, noting that her father lives nearby in Emmons, along with their children, too.

Though they have not been the type of people to typically ask for help, she said if people would like to help their family in any way, they can reach out to her at pkfolven@wctatel.net. Monetary donations can also be given in the couple’s name at Security Bank.

“We just need to work through this,” said Ray Folven, master sergeant, who has been in the National Guard for 35 years.

They thanked those who have helped them the last few weeks, including some friends, Emmons Lutheran Church, the American Red Cross and Albert Lea Salvation Army.